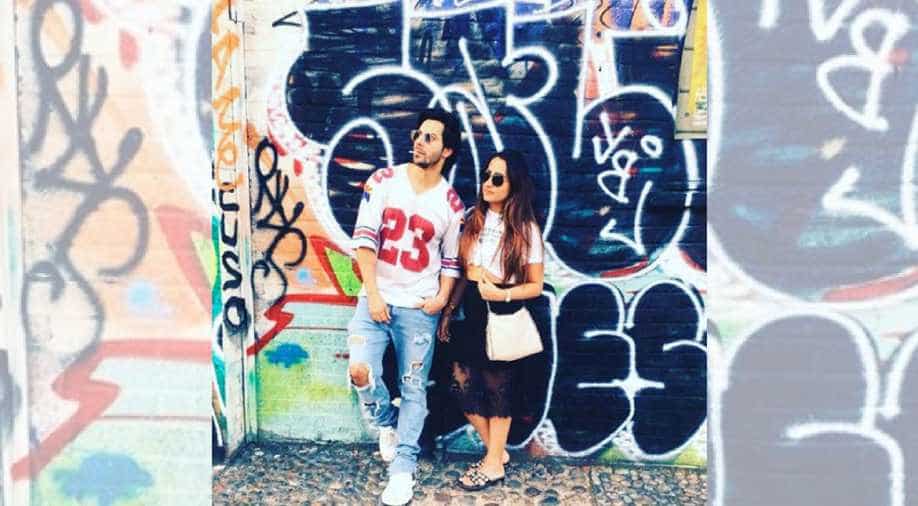 Looks like October star Varun Dhawan is following in the footsteps of lovebirds Deepika Padukone and Ranveer Singh who were recently spotted at the airport holding hands as Varun shared a picture with longtime girlfriend Natasha Dalal on his Instagram profile.

Varun has been spotted several times with Natasha, out on dates or movie nights or even public gatherings but has been tight-lipped about the relationship, almost never giving away any deets.

Varun’s recent picture with Natasha is from their romantic London tour. The two while posing from the camera, look away from it.

The couple was spotted at Mumbai airport last week when they were seen leaving together. Internet had speculated then that the two look ready for a vacation. The two are now back from their vacation as they were clicked on Sunday afternoon.

The couple also met with director Shashank Khaitan in London with whom he has done several films together. Varun has worked with Shashank in films like Humpty Sharma Ki Dulhania and Badrinath Ki Dulhania.

Varun, meanwhile, will be seen in Sui Dhaaga with Anushka Sharma. Helmed by Sharat Katariya, the film will see Varun essaying the role of a tailor, Mauji. He will also be seen in Kalank which also stars Alia Bhatt, Sonakshi Sinha, Aditya Roy Kapur, Madhuri Dixit and Sanjay Dutt.

Little Mix announce 'break' after 10 years, assure fans they're 'not splitting up'