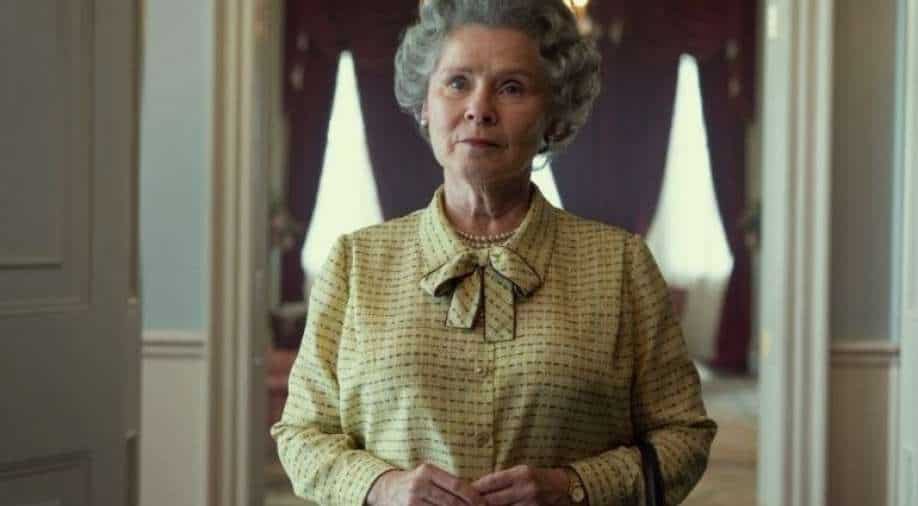 The role was played previously by Olivia Colman, who played the role for Seasons three and four while Claire Foy played the central role for the first two seasons.

'The Crown' is back with the first look!

One of Netflix's most acclaimed series about the British Royal, 'The Crown', will return with the series' fifth season. Production of the show is now underway and the makers have dropped the first look of Imelda Staunton as Queen Elizabeth II.

The Crown’s official Twitter account posted the picture and wrote, ''An early glimpse of our new Queen Elizabeth II, Imelda Staunton''. Imelda will play the role until the show's final and sixth seasons.

The role was previously played by Olivia Colman, who portrayed the monarch for Seasons three and four while Claire Foy played the central role for the first two seasons.

As per the Variety, ''Season 5 will tackle the early 1990s, including, it is thought, the Queen’s so-called “annus horribilis” in 1992, during which three of her four children separated from or divorced their partners — including Prince Charles and Diana — and the family was dogged by numerous scandals, such as the revelation of Charles’s affair with Camilla Parker-Bowles and the publication of Prince Andrew’s wife Sarah Ferguson sunbathing topless with a male friend.''

It will also include Princess Diana’s bombshell BBC Panorama interview.

Speaking to the BBC about playing the Queen, Oscar-nominated Staunton said, “I think my sort of extra challenge, as if I needed it, is that I’m now doing the Queen that we’re a little more familiar with. With Claire Foy, it was almost history and now I’m playing one that people could say ‘she doesn’t do that,’ ‘she’s not like that,’ and that’s my personal bête noire,” she explained.