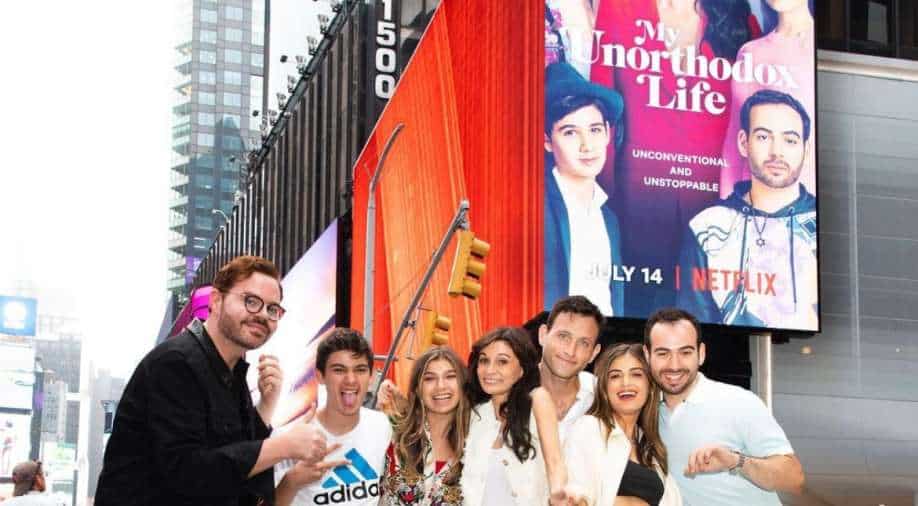 The fundamentalist Judaism that Julia Haart goes gung-ho about is deprived of a fair, eagle view in ‘My Unorthodox Life’. We do not question the ‘why’; just demand a ‘how’.

When strong, powerful women sashay along in Dior dresses, with hopelessly expensive wine in hand while between frank conversations about their sexually liberated selves—‘Pack my vibrator!’—you are subconsciously trained to think: ‘Keeping Up With The Kardashians’! But the CEO of Elite World Group, Julia Haart, one of the biggest model management companies around, is no former-socialite-turned-reality television star and didn’t know the Hiltons of Hollywood, either. In her own words, an education-less Haart was married into a fundamentalist Jewish family at a tender age, to a husband she didn’t love, and with four kids, she eventually leaves behind her then family home to make something of herself: at 43!

Eight years later, Julia Haart becomes the CEO of a multi-subsidiary million-dollar brand. ‘My Unorthodox Life’ is a dive deep into Haart’s life circa 2020-21, with occasional rewind backs to how she shunned her past rigged with ‘too many rules’ and the journey she wishes to take with her new partner Silvio Scaglia.
Batsheva—the eldest of four—has one foot in her orthodox community and the other, in the modern chasm her mother introduces her to. One sequence in particular encapsulates the 27 YO’s dilemma: a very well-groomed Batsheva can be seen arguing with her stringent yet affable husband Ben to let her wear pants, forbidden in their religion. The stark contrast between Haart Sr.’s world and that of Ben’s is palpable. Her mother urges her to be bold and shatter the self-imposed boundaries of her older self—and even leave her husband—Bat (as she is lovingly called) refuses both. The dust from the past is yet to settle in here, we reckon. 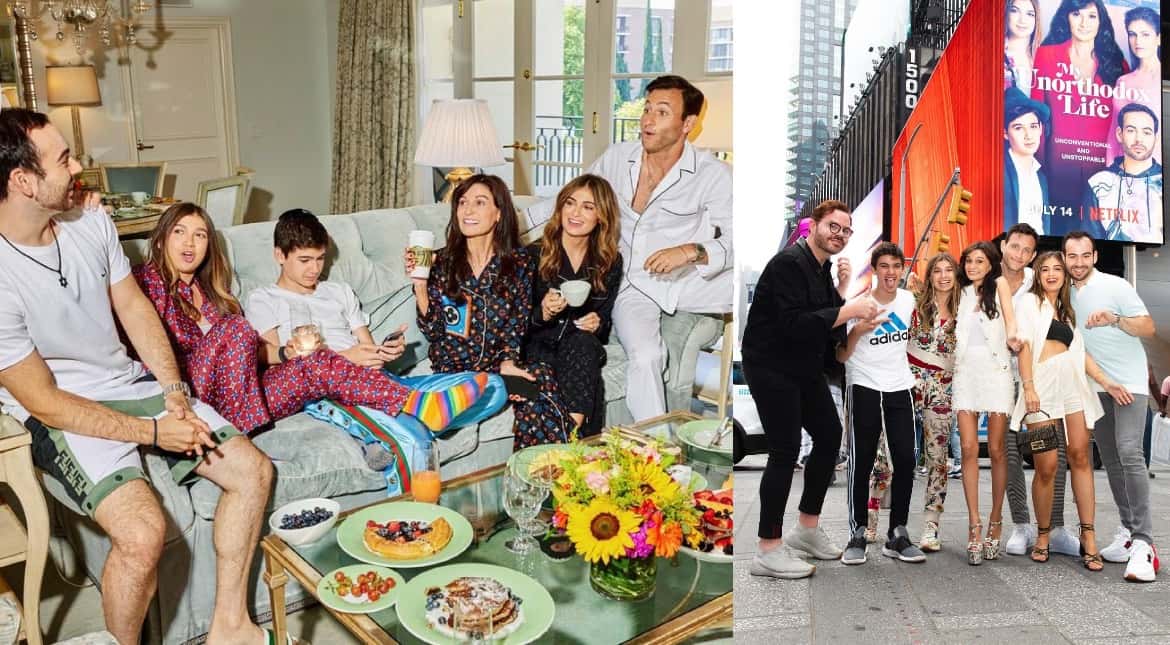 Perhaps the most ‘out there’ character is the Standford-tutee Miriam Haart. In ‘My Unorthodox Life’, Miriam, 20, and the second youngest in the family, is bi-sexual, a first for many around her, and has no qualms about displaying her most intimate moments on camera, with a crew inside. She has been away from Monsey, New York—a safe haven for fundamentalist Jews, they claim—far too long to care, her mother reasons… or justifies? Juggling Stanford homework and a plethora of romantic interests (and Momma’s ‘yes ma’am’ duties) unabashedly is Miriam’s forte. Sass sans drama seems to be this Gen Z’s aesthetic.

The grips of cultural conditioning seem to be the tightest around Haart boys (also, Hendler from their father’s side) Shlomo and Aron. At 24, Shlomo is still immune to the appeals of female touch. “Oh! We were just thinking about you,” his sister Bat exclaims. “Why? Were you watching ‘The 40-Year-Old Virgin’?” he jokes. The tug of war between the two boys—in all fairness, Shlomo slightly more contemporary than his 14 YO brother Aron—and the rest of the family to drag them out of their supposed misery is part heartbreaking and part funny. Yet, the collective love these men have for what their mother stands up for—both good and the crass—is what makes them real (by reality TV standards).

Robert Brotherton’s the Chief Operating Officer of Elite and Julia’s best friend of five years. If Julia and the other women shepherd in the spices in right amount for the reality show to be a hit on Netflix (it’s already at Number 2 in Lebanon we hear), then Robert’s raunchy jokes and chirpy demeanor gives it a smooth landing. Touché! 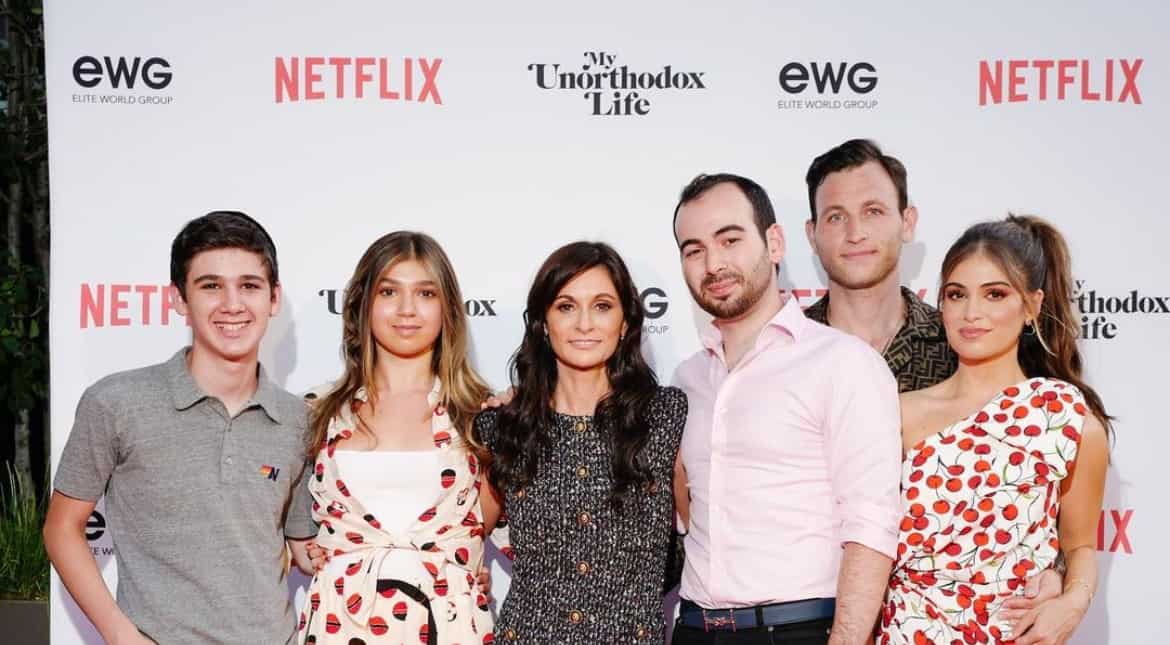 The fundamentalist Judaism that Julia goes gung-ho about is deprived of a fair, eagle view in ‘My Unorthodox Life’. We do not question the ‘why’; just demand a ‘how’.

A while back, a similar-titled-but-not-similar-fashioned miniseries ‘Unorthodox’ had popped up on Netflix where a Hasidic Jewish woman in Brooklyn, Esther (played by a fantastic Shira Haas), brought forward the sense (and level) of patriarchal mindset this community exhibits. The in-depth research—adapted from a book, ‘Unorthodox: The Scandalous Rejection of My Hasidic Roots’—around the central theme and its various facets—the clothes, Yiddish language, the whole charade—took that series notches higher by sheer means of its crisp, matter-of-factly content. This series is more noise and less smell.

Julia Haart’s hedonistic persona, coupled with her very luxurious lifestyle and a penchant for grandiosity, makes ‘My Unorthodox Life’ an entertaining extravaganza. But, given the fact that she has turned her life had a superhero-esque U turn and rmoved herself from a setting that is plagued with oppression, it is criminal that Julia Haart didn’t harp on that.

Could the personable Haarts be the new queens of reality TV—now that the Kardashians have officially retired—no! Is the intent there? Hell, yes! Julia Haart may be the matriarch of a Rabbi-free household now, sitting pretty in her throne trying to fight ‘nepotism’ debates around her: ahem! But no one can discredit her struggles and the subsequent rise—to the very top! And, to that, we say, “shalom shalom!”

'My Unorthodox Life' is streaming on Netflix.