Margot Robbie slept with John Cena’s cardboard cutout for two years, his reaction to that is epic 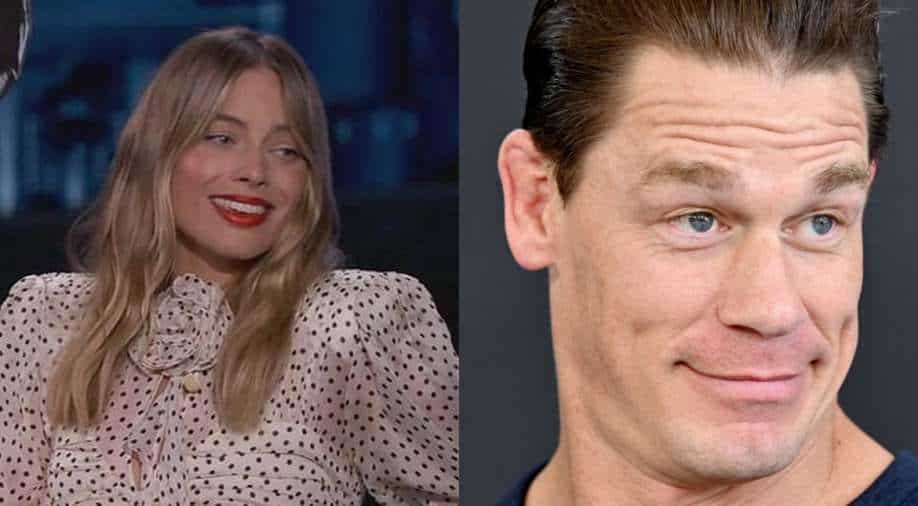 Directed by James Gunn, ‘The Suicide Squad’ features Margot Robbie, Sylvester Stallone, Idris Elba, John Cena and others in pivotal roles. The film is slated to release on August 5 worldwide.

From dressing like one’s celebrity crush to going to painful lengths to meet them in person, it is fair to say that we have heard all kinds of sweet and bizarre stories revolving around fandom in Hollywood. But nothing tops what Oscar-winning actress Margot Robbie did for her love for wrestler-turned-actor John Cena: she slept with his life-size cardboard cutout for two years.

Robbie and Cena, who will be seen together in James Gunn’s upcoming flick ‘The Suicide Squad’, went for a promotional interview to a talk show where Robbie spilled the beans.

"I watched WWE when I was growing up. When I was a kid, I loved the Undertaker, and then obviously when I was a teenager I kind of stopped watching. But then, as a late teen, early 20s, I had a boyfriend who was obsessed with John Cena — so much so that he dressed as John Cena for his 21st birthday, and [he] had a cardboard cutout of John Cena in his bedroom. So I slept in a room for two years with a life-size cardboard cutout of John Cena in the room,” Robbie shared with the host of the show.

When Robbie and Cena finally met, she had decided against sharing the story with him and maintain a professional relationship. That lasted for about five seconds, she revealed.

“And I remember thinking, 'I wonder if now that I'm going to work with John Cena, should I tell him this or is that going to be weird?'" Robbie recalled, as Cena sat alongside her in his Suicide Squad costume. "And I thought, 'I'm just going to keep that to myself. I'm not going to tell him. That'd be a weird way to start our working relationship.' And then five seconds into meeting him, I'm like, 'I used to sleep in a room with a life-size cutout of you,” said Robbie.

One would expect some kind of reaction but not Cena. He gave her a mock surprised look. “Now I know that there's very little to weird out this guy," Robbie said.

‘The Suicide Squad’ features Margot Robbie, Sylvester Stallone, Idris Elba, John Cena and others in pivotal roles. The film is slated to release on August 5 worldwide.