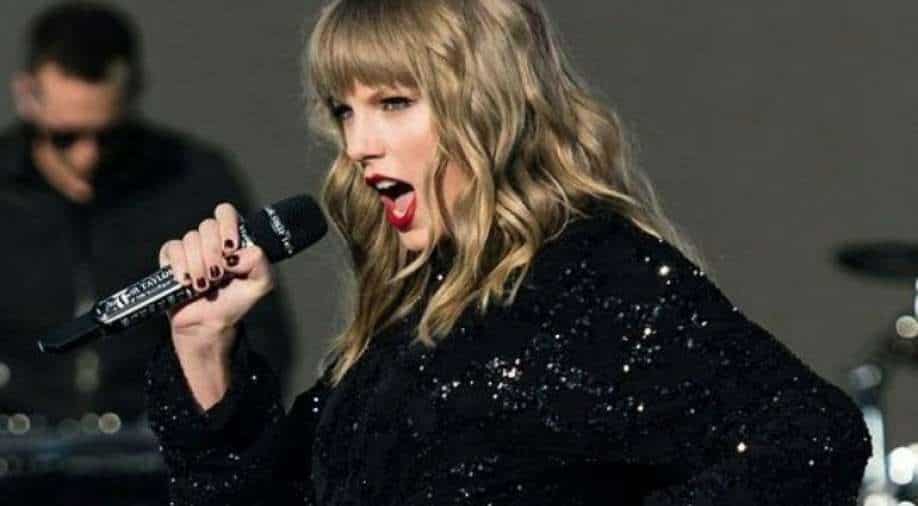 Over the years, Taylor Swift has been the target of threats, home invasions and stalking.

A man was arrested outside singer Taylor Swift`s New York City apartment building after he attempted to get into her home on Thursday morning.

According to the New York Police Department statement obtained by E! News, the witnesses called New York`s non-emergency services number to report a man driving the wrong way on Swift`s street at about 5:00 am on Thursday, January 27."The man collided with a portable restroom on that street, and then reversed back and hit part of the sidewalk," the police said as per the outlet.

After exiting his vehicle, the man attempted to remove a building`s intercom system by pulling it out, according to the NYPD`s statement obtained by E! News.The police said the man was trying to gain access. After he was unsuccessful, he walked away and was then approached by officers, who took him into custody. The NYPD informed that there was no structural damage caused to the building.

It is also unclear if Swift was at her New York apartment at the time of the incident. According to the NYPD, the man was charged with driving while intoxicated and driving while ability impaired."Police noticed there was a bottle in his car that appeared to be alcohol. They also smelled alcohol on him when he got out of the car after slamming into the porto potty so police did a breathalyzer," a source told E! News.

Over the years, the 32-year-old singer has been the target of threats, home invasions and stalking. As per E! News, the 11-time Grammy winner earlier joked in a 2019 interview "I try not to ever really say where I am the most because, since all my addresses are on the internet, people tend to show up uninvited.

Like, you know, dudes that think we have an imaginary marriage."She had also revealed that she carries QuikClot army grade bandage dressing, which is for gunshot or stabs wounds as according to her, "You get enough stalkers trying to break into your house and you kind of start prepping for bad things."Taylor Swift has had residences spread across the US including Nashville, Los Angeles, Rhode Island and Beverly Hills.