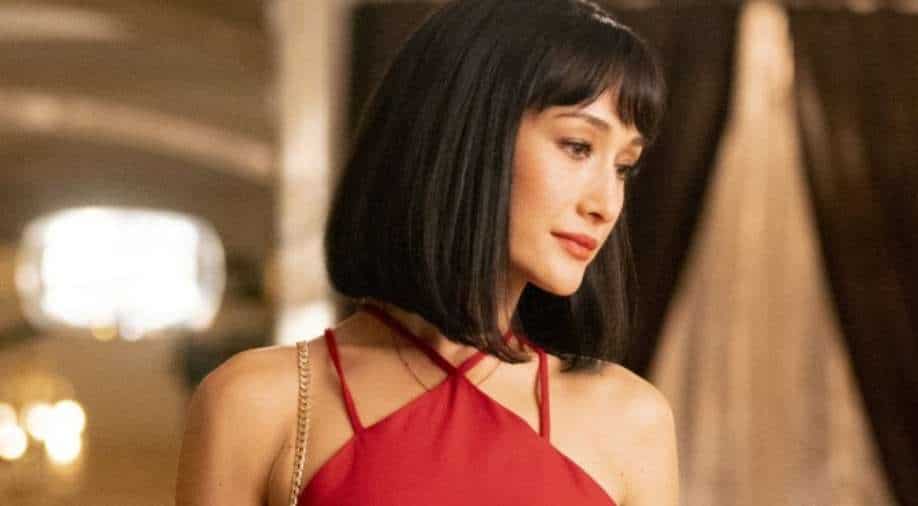 Maggie Q in a still from the film Photograph:( Instagram )

“I wish I trained. I had spine surgery, like major spine surgery two and a half months before I had to be on set,” actress Maggie Q reportedly told a leading entertainment website while talking about ‘The Protégé’.

Hollywood actress Maggie Q may have been recovering from a spine surgery while filming her action-thriller ‘The Protégé’—alongside Michael Keaton, Samuel L. Jackson and others—but that did not stop her from doing her own stunts.

“I wish I trained. I had spine surgery, like major spine surgery two and a half months before I had to be on set,” the actress reportedly told a leading entertainment website.

Maggie went on to add that her doctor had told her she couldn't work for at least five months, but she'd already signed on to the movie and told him she would have to defy his orders. “He goes, 'But I don't want you to,' and I go, 'But I'm going to.' He was sweating and upset, and so, we had that little exchange and he knew that was it, he couldn't convince me.”

The actress went to the set of ‘The Protégé’ assuming everyone knew about her recent medical rhistory, but that was not the case. “I went from like bed rest into rehearsals and I assumed everyone was aware of what had just happened to me. I said to the coordinator, 'So I just had this surgery and it was really, really hard on my body, so all that neck stuff, we're going to have to change it,'" she details. "And he goes, 'What surgery?' And I was like, 'No one told you that I had spine surgery?' And I've never seen a grown man want to cry in that way so immediately.”

However, Maggie managed to pull off almost all of her stunts—98 per cent of them, she reportedly said. “There are a couple of things I didn't do for safety reasons but they weren't big things. Sometimes there are things you don't not do because you can't do them but because you shouldn't do them... We have to pick and choose our battles for insurance reasons and just to be safe and healthy,” said Maggie Q.

“You don't want to do things that are stupid. When I was in my 20s and started in Hollywood, I was stupid. Super stupid. I would want to do things that were absolutely ridiculous risk-wise. J.J. Abrams was like holding me down, like, 'Absolutely no way are you doing this stunt,' and then my double did it, and she's one of the best in the business and she broke her ankle. So you got to have boundaries,” concluded the actor.