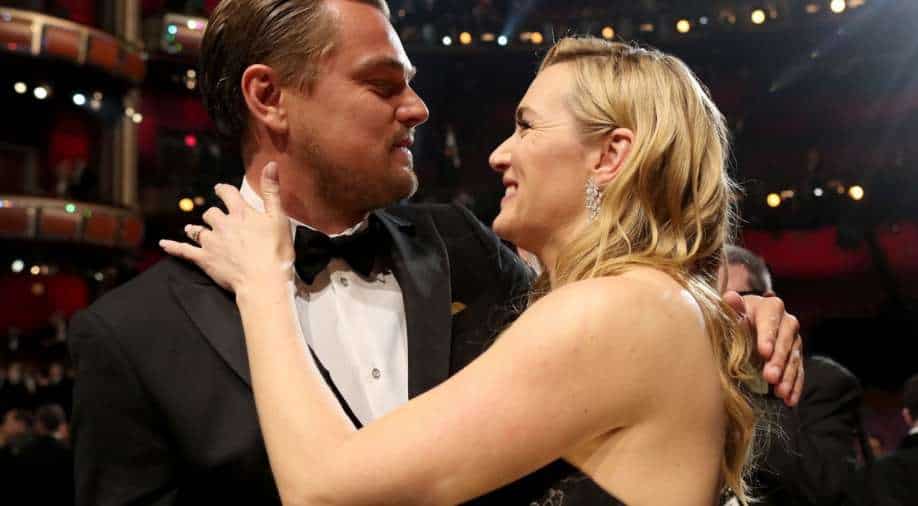 Kate Winslet and Leonardo DiCaprio had an emotional reunion recently after staying apart from each other due to the coronavirus pandemic.

In an interview, the 'Mare of Easttown' alum told that she “couldn’t stop crying” when she finally saw DiCaprio, in person again after years of gap.

“I’ve known him for half my life! It’s not as if I’ve found myself in New York or he’s been in London and there’s been a chance to have dinner or grab a coffee and a catch-up,” the Oscar winner, 46, told in an interview published Thursday.

“We haven’t been able to leave our countries. Like so many friendships globally, we’ve missed each other because of COVID.”
The British actress, added, ''He's my friend, my really close friend.We’re bonded for life.''

Winslet and Leonardo DiCaprio rose to international fame for their portrayals of Rose and Jack in the 1997 film 'Titanic' and later as husband and wife in the 2008 film 'Revolutionary Road.'

During her chat with the outlet, Winslet also recalled her filming time of 'Titanic' with DiCaprio in their early 20s.

“I turned 21 on that shoot, and Leo turned 22,” she said, admitting that making the James Cameron-directorial “wasn’t pleasant” for either party.
“But we were all in it together. Though he had way more days off than I ever bloody did. I guess I was raised to be grateful and just get on with it,” she continued.

“I didn’t feel it was my right to be miserable, and if I was miserable I certainly would not have let a journalist know. There is no way I would have let that slip!”