John Cena recalls that ‘mythical’ moment when Vin Diesel approached him for ‘F:9’ 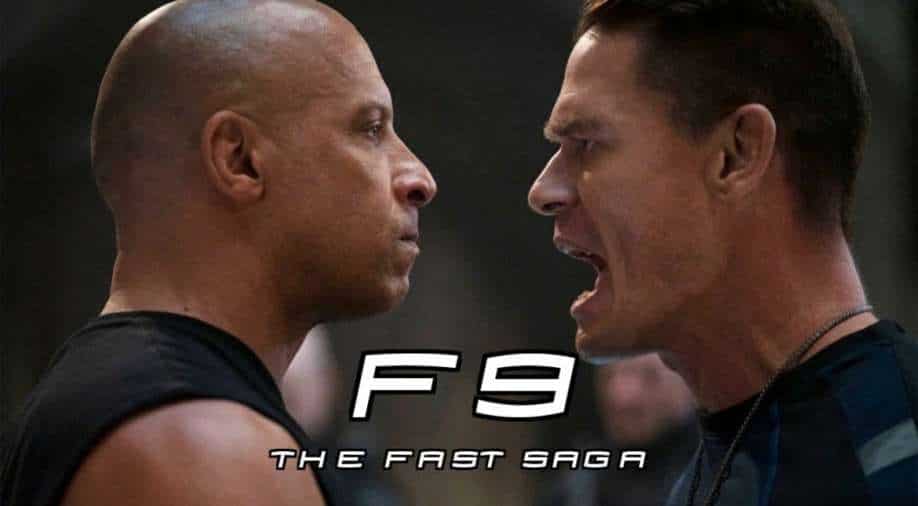 Starring Vin Diesel, Michelle Rodriguez, John Cena and others, 'Fast and Furious 9' is slated to release in Indian theatres on August 5.

The wait to see fancy car flying around on big screen, with extremely good-looking people in it, seems to be over. Universal Pictures has announced the release date of one of its most popular franchises, ‘Fast and Furious 9’. The film is all set to release in India on August 5 in movie theatres in India.

Talking to an entertainment portal, Cena revisited the moment he was approached by Diesel to be a part of the ‘family’.

“I was approached to meet Vin on multiple occasions. He just wanted to get to talk and get to know me. And those conversations led to him enquiring if I wanted to be welcomed into the family. And eventually, he offered me the role of Jakob Toretto. Which, starting with the beginning of that statement: someone reached out and wanted me to meet Vin Diesel is so mythical and then the events thereafter are just so unpredictable, just so insane. It’s all surreal, man. It’s been a long time coming, but Fast & Furious 9 is finally about to be released in theatres and the surreal is about to become very real, very soon (sic),” he was quoted as saying.

As for his character Jakob in the film?

He says he is ‘stronger, faster’ than Dom and a reflection of Dom’s past.

“My skillset includes being stronger, faster, more intelligent than Dom. So, for the first time Dom has a foe that not only possesses all of his skills, but at a greater capacity. Yet I think here’s the kicker, and I really do love this: I also represent Dom’s past. And there could be that people will take the stance that there’s a metaphorical symbolism that you truly can’t run away from your past. And if you’re not ready to confront certain parts of it, you’re eventually going to have to if you want to move forward. And here we have Dom Toretto experiencing the early stages of fatherhood, but he reaches – pun intended – a roadblock because he’s unable to approach this moment in his past. I like the fact that the past he hasn’t confronted is his bloodline family and the fact that he now faces an adversary that is more skilled than he in every way (sic)," he added.

‘F9’ has already released in the US, Canada, China, Russia, Korea, Hong Kong and the Middle East. The 9th installment of this franchise has been directed by Justin Lin, who has also co-written the screenplay along with Daniel Casey.

Over the years, this heist-espionage themed franchise has collected over five billion worldwide since its first release. It has also collected more than USD 500 million with its worldwide release.