It could be the most diverse Oscars ever, but the problem isn’t solved 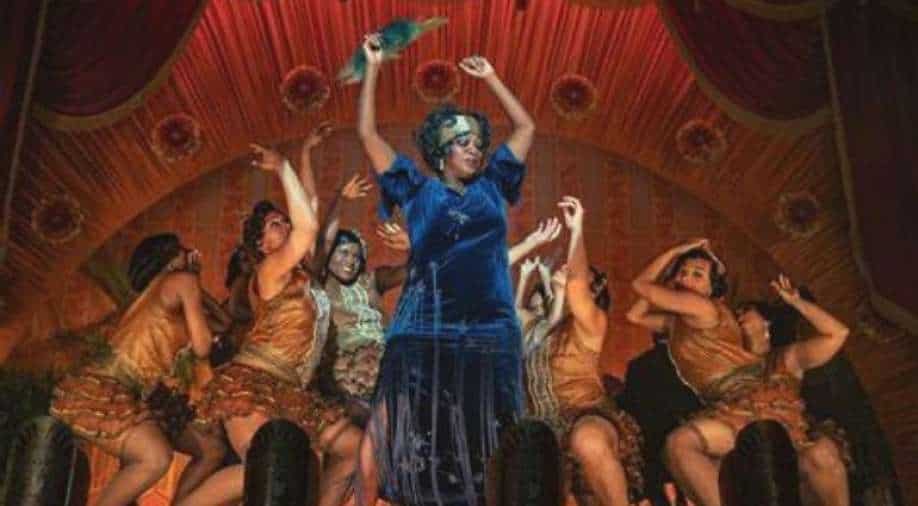 This particular year could produce the most diverse lineup of Oscar nominees ever, as women and people of color are projected to make up the majority in several top races.

Three years ago, Natalie Portman presented the best director category at the Golden Globes with a sting in her voice.

“Here are the all-male nominees,” she said.

This year, for the very first time, a majority of the directors in that category are women. It was announced last week that Chloé Zhao ('Nomadland'), Regina King ('One Night in Miami') and Emerald Fennell ('Promising Young Woman') will vie for the best director Globe alongside David Fincher ('Mank') and Aaron Sorkin ('The Trial of the Chicago 7'), and those same filmmakers may well hear their names again when the Oscar nominations are read March 15.

In a category that has historically overlooked female directors, this feels like progress. After all, only five women have ever been nominated for the best director Oscar, and if Zhao, King and Fennell all make it in, that number would nearly double in a single year.

But look a little closer, and there’s still a pernicious double standard at play: Fincher and Sorkin were given tens of millions to make their films, while the women had to make do with much less. 'Nomadland' cost under $5 million, 'One Night in Miami' was budgeted at $16.9 million and “Promising Young Woman” fell somewhere in between.

None of the five women previously nominated for the best director Oscar have had it any better: Jane Campion (“The Piano”), Sofia Coppola (“Lost in Translation”) and Greta Gerwig (“Lady Bird”) made their movies for $10 million or less, and Kathryn Bigelow’s budget for “The Hurt Locker” — a scant $15 million — is the most that a female nominee in this category has ever been given.

I don’t point this out to sound like a sad trombone in the Oscars’ orchestra pit, because when history is made during awards season, I believe it’s worth celebrating. This particular year could produce the most diverse lineup of Oscar nominees ever, as women and people of color are projected to make up the majority in several top races.

But I know it will be tempting for Hollywood to give out those laurels and then rest on them. For example, in a year that is almost certain to see nominated actors like Riz Ahmed (“Sound of Metal”), Viola Davis and Chadwick Boseman (“Ma Rainey’s Black Bottom”), Daniel Kaluuya (“Judas and the Black Messiah”) and Leslie Odom, Jr. (“One Night in Miami”), academy members may crow that #OscarsSoWhite is a thing of the past.

It isn’t that simple, and even this potentially landmark awards season still offers ample proof.

Just look at the Golden Globes’ most prestigious category, best drama, where none of the year’s major Black-led films were nominated. Not “One Night in Miami,” not “Ma Rainey’s Black Bottom,” not “Judas and the Black Messiah” and not “Da 5 Bloods.”

Or look to BAFTA, considered the British equivalent of the Oscars, and the group’s “longlists” for each category, released last week. Spike Lee’s Vietnam-vet drama “Da 5 Bloods” landed on nine of those longlists — including best film, screenplay, and editing — but Lee was pointedly left out of the group of 20 filmmakers nominated for best director. (If BAFTA voters were trying to send a message to Lee, did they realize the rest of the world was BCC’d?)

You could even look to last year, when “Parasite” made Oscar history as the first film not in the English language to win best picture but couldn’t earn a single nomination in the acting categories. Awkwafina and Zhao Shuzhen, hailing from a critics’ favorite, “The Farewell,” were similarly snubbed by the academy, and those exclusions led Vulture’s E. Alex Jung to write about “an old prejudice at work here that sees Asian people as technical workers.”

That’s why Jung felt that filmmakers like Bong Joon Ho and Ang Lee could win Oscars while the actors from their films were wholly overlooked, and it’s why I wonder about the ultimate fate of the forthcoming “Minari,” Lee Isaac Chung’s moving family drama starring Steven Yeun, Yeri Han and Yuh-Jung Youn. Even though a Korean movie has now won best picture at the Oscars, no Korean or Korean American actor has ever so much as been nominated. Can the actors of “Minari” break through those long-held biases?

Things look more promising at the Independent Spirit Awards, where “Minari” scored three acting nominations and was recognized in the screenplay, director and best feature categories, too. At this ceremony, which will be held days before the Oscars in April, the feature and director categories are exclusively made up of nominated movies directed by women and people of color.

But is that a road map for the academy to follow as it enacts new diversity guidelines, or is it a reminder of the limits that have already plagued this industry for far too long? To be eligible for the Independent Spirit Awards, a movie must be made for less than $22.5 million. During awards season, directors from underrepresented groups are rarely working with much more.

Zhao, King and Fennell may still make this year’s Oscar lineup, but what will happen next year, when even more expensive movies like Steven Spielberg’s “West Side Story” reenter the fray? Those films had the luxury of waiting out the pandemic for a more advantageous theatrical release, and the best director category could easily tilt back toward the sort of auteur-driven spectacle that men dominate and nominate.

No matter what happens this awards season or the next, voters should remember that progress isn’t simply secured — it’s something you have to keep reaching for. Back in 2014, there were people of color in most of the acting categories, Alfonso Cuarón (“Gravity”) won the directing Oscar, and Steve McQueen’s “12 Years a Slave” took best picture.

The very next year kicked off #OscarsSoWhite.