Harry Potter reunion: For Emma Watson it was ‘horrifying’ to kiss Rupert Grint 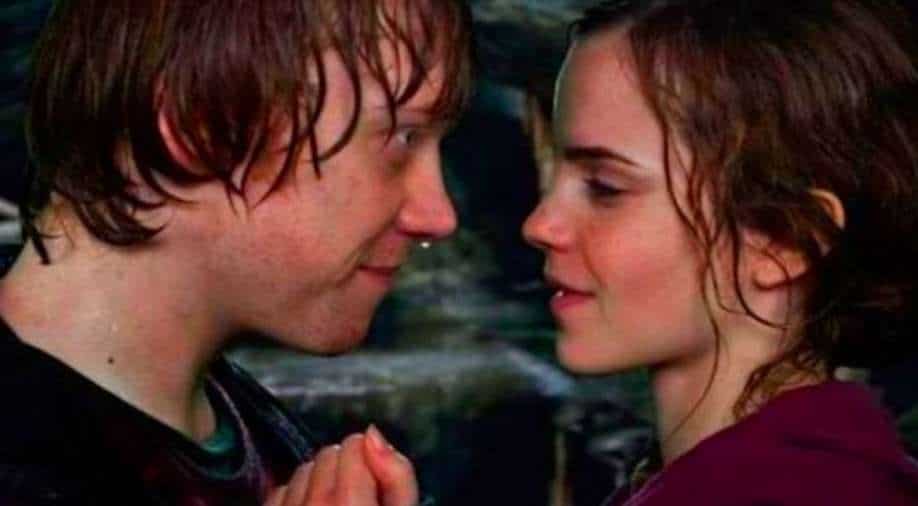 Rupert Grint and Emma Watson kissed in the final film of the franchise, ‘Harry Potter and the Deathly Hallows: Part II’.

As the date for Harry Potter’s much-awaited 20th anniversary reunion special comes closer, original cast members reveal how they actually felt all these years while filming what was possibly one of the most loved and watched/read fantasy stories. Talking about the anniversary reunion, Return to Hogwarts, Emma Watson recalled her kissing scene with fellow cast member Rupert Grint on the series and said it was “horrifying” for both of them.

They kissed in the final film of the franchise, ‘Harry Potter and the Deathly Hallows: Part II’.

Emma Watson played Hermione Granger and Rupert Grint played Ronald Weasley. They sat with Daniel Radcliffe (Harry Potter) in the Gryffindor Common Room and relived their memories of shooting for the films.

Emma Watson said, “Obviously, us kissing was the most horrifying thing either of us has ever had to go through.” She said that her kiss with Rupert was meant to be a “very dramatic make-out” but they kept laughing during the shoot. “I was really scared we were never going to get it because we just couldn’t take it seriously,” she said.

Reaffirming, David Yates, who directed the final four Harry Potter films, said, “I spoke to both of them in their trailers, made sure they were both comfortable. It was almost like prepping them for a major sports event.”

Daniel Radcliffe joined in and said that he was an “absolute d**k’ to them. I did not make this better because I have been told significantly that I was just being an absolute d**k about this and being like, ‘I am going to come on set and watch you guys kiss’.”

“I knew I was kind of going to be the one to kind of make this thing happen because Rupert was not going to. So I just had to go for it,” Emma said. David said that he ‘saw Rupert’s face explode with surprise’ in that first take.

Rupert recalled, “I think I kind of blacked out. I just remember your face getting closer and closer to mine.”

She continued, “Kissing Rupert was one of the hardest things I have ever had to do. It just felt wrong, so wrong on every level because Dan, Rup and I are so much siblings.”

It will premiere on HBO Max on January 1.