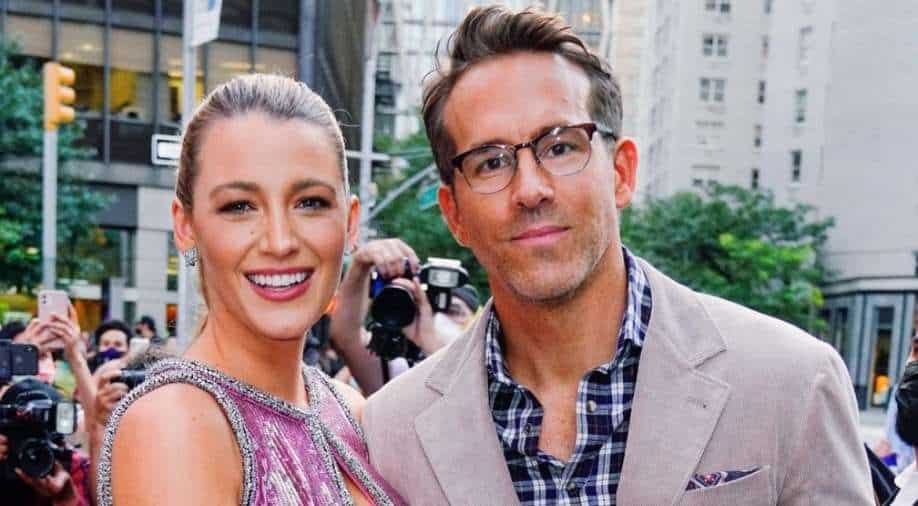 Ryan Reynolds went on to say that he's tried to give his actress wife, Blake Lively, credit before but to no avail.

The ‘Free Guy’ star Ryan Reynolds has revealed in a recent interview that his wife Blake Lively has written a few lines for a number of his films, including in the ‘Deadpool’ franchise.

“I write on a lot of my movies. It's been a survival mechanism for me for a long time. Sometimes I'm credited, sometimes I'm not… There's a lot of A++ writing that I've done that was actually Blake — that Blake would jump in, grab the keyboard, and 'What about this?' And I'd be like, 'That's incredible’,” Reynolds reportedly said.

Reynolds went on to say that he's tried to give his wife credit before but to no avail.

“And you know, it's funny. I don't know. Maybe it's 'cause there's inherent sexism in the business — I will say that a lot of times, 'She wrote that — Blake like, wrote that not me. That was was her.' And it's like, they still, later on, repeat the story as I wrote it. So she's a really talented, multi-hyphenate kind of person in this, you know, weird burgoo of an entertainment industry that we work in, and she's helped me so much — in Deadpool, all kinds of movies that have been big successes. She's always got a lot of bricks in that wall,” he added.

In his classic hilarious style, Ryan Reynolds concluded by saying, “Well, I mean, it is an obvious perk, which, you know, [I'm] not complaining about that, or the sex.”