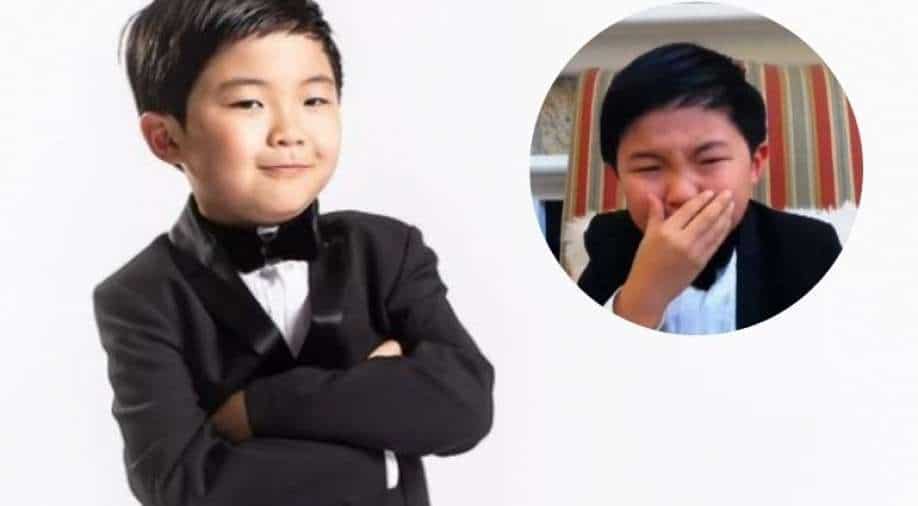 Written and directed by Lee Isaac Chung- 'Minari' is one of the frontrunners of this award season.

Alan Kim is the star of the moment!

The 8-year-old has earned raves for his performance in 'Minari' and took home the Critics’ Choice Award for Best Young Actor. But what attracted everyone's attention was his emotional acceptance speech with happy tears.

The star appeared at the virtual ceremony from his home, all decked up in an Arman suit with a bow tie.

During the video chat, after the winner was announced, Kim who played the role of David in Minari, started to give his acceptance speech and just after speaking for few minutes he couldn't hold back and broke down into tears.

"First of all, I'd like to thank the critics who voted and my family…oh my goodness, I'm crying," the 8-year-old  said, fighting back tears and a few minutes later he started crying.

One of the enduring moment from the night became everyone's favourite in seconds, while some called him the cutest kid ever, others said he is precious.

Check the netizens reaction below:

OMG WHY IS ALAN KIM THE CUTEST KID EVER???? CRYING DURING HIS SPEECH!!! I WANT TO GIVE HIM A HUG!!! #Minari #CriticsChoice pic.twitter.com/kdWz5ZOuq6

HE'S SO PRECIOUS PROTECT HIM AT ALL COST 🥺‼️ CONGRATULATIONS ALAN KIM pic.twitter.com/uVdhFwMSZV

Written and directed by Lee Isaac Chung- 'Minari' is one of the frontrunners this award season. The movie won the Golden Globe for Best Foreign Language Film and is also top contenders for Best Picture at the Oscars this year.