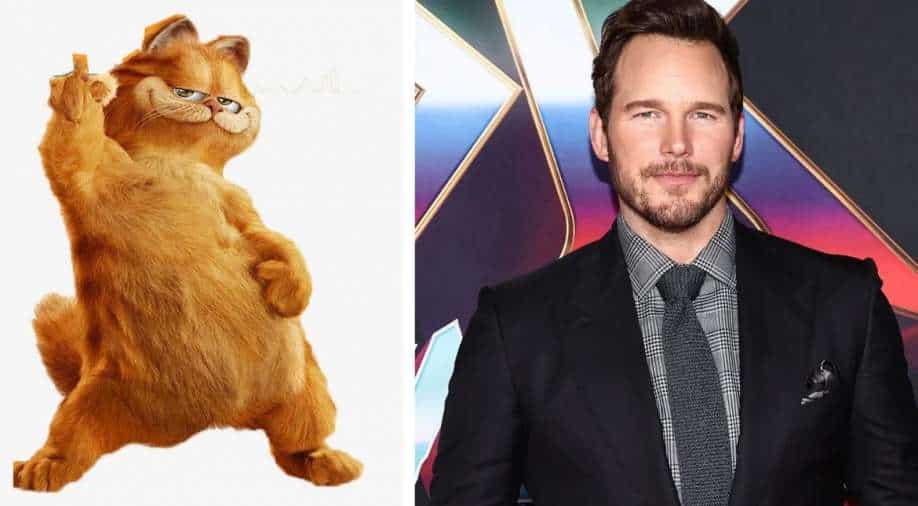 Chris Pratt will lend his voice to Columbia Pictures' next animation project, 'Garfield', which also stars Samuel Jackson in the lead role as a new character.

Sony’s Columbia Pictures animated project ‘Garfield’ starring Hollywood star Chris Pratt is all set to hit the theatres on February 16, 2024. Pratt will voice the lasagna-loving cat. The ‘Jurassic World’ star has been cast along with actor Samuel Jackson in the lead role as a new character in the Garfield universe, Vic. He plays the father of the orange feline. Specifics about the new plot are still unknown.

The film comes from Andrew Kosove and Broderick Johnson’s Alcon Entertainment, with Sony distributing it worldwide, excluding China. ‘Garfield’ is penned by David Reynolds of ‘Finding Nemo’ and is helmed by the 'Chicken Little' maker, Mark Dindal.

Although no other cast members have been announced, the film will presumably feature classic characters from the franchise, including his owner, Jon Arbuckle, and dim-witted puppy, Odie. In 1978, Jim Davis invented the orange cat Garfield for a comic strip, in which he causes trouble for human owner Jon Arbuckle and Odie, Jon's dog. The character developed into a cultural icon and the comic strip now holds the record for being the most widely syndicated in the world, The Hollywood Reporter noted.

Previously, ‘Garfield: The Movie’ in 2004 and ‘Garfield: A Tail of Two Kitties’ became box office successes despite getting negative reviews from the audience, in which Bill Murray gave his voice to the fat cat. Both were released under the 20th Century Fox banner.

Pratt had a super-busy schedule this summer with ‘Jurassic World Dominion’ and ‘Thor: Love and Thunder.' Pratt will also appear next year in the Marvel Cinematic Universe, as Star-Lord in the third ‘Guardians of the Galaxy’ movie. Along with this, he will play another iconic animated character next year when he takes on the voice of Mario in the upcoming ‘Super Mario Bros’ film from Illumination.

Jackson, on the other hand, recently voiced another cartoon cat in the animated ‘Blazing Saddles’. He will also make his next live-action appearance next year, reprising his Marvel Cinematic Universe role of Nick Fury in ‘Ant-Man and the Wasp: Quantumania,’ ‘Secret Invasion’ and ‘The Marvels,’ Variety reported.

'The Lord of the Rings The Rings of Power': Young Galadriel and Elrond lead Second Age fellowship. Watch