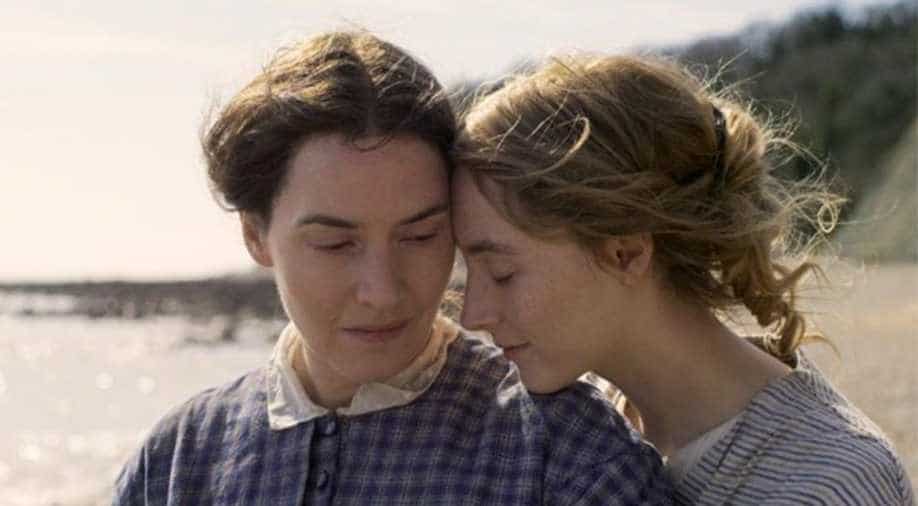 'Ammonite' will be released on November 13.

Kate Winslet and Saoirse Ronan starrer ‘Ammonite’ dropped its first trailer today -- a romantic drama that many think will make a buzz at the awards season.

The controversial romantic drama is about a paleontologist and fossil hunter Mary Anning, played by Kate Winslet, whose discoveries were often overlooked during her life in the early 19th century.

The film explores Mary Anning’s romance with another woman, played by Saoirse Ronan.

Directed by Francis Lee, the film has already started courting controversy as Mary’s family member Barbara told Telegraph: “I do not believe there is any evidence to back up portraying her as a gay woman.”

While another relative, Lorraine Anning, disagreed saying that “as long as it’s well presented and tastefully done” then it doesn’t matter.

Meanwhile, Francis Lee defended the decision on Twitter writing: “After seeing queer history be routinely ‘straightened’ throughout culture, and given a historical figure where there is no evidence whatsoever of a heterosexual relationship, is it not permissible to view that person within another context?”

Earlier this year, Lee also stated that “it’s not a biopic” but is inspired by Anning’s life and also his research into same-sex female relationships of the period."

He said, "The idea of two women actually in a relationship together was just not a thought anybody ever had within society."

'Ammonite' will be released on November 13.