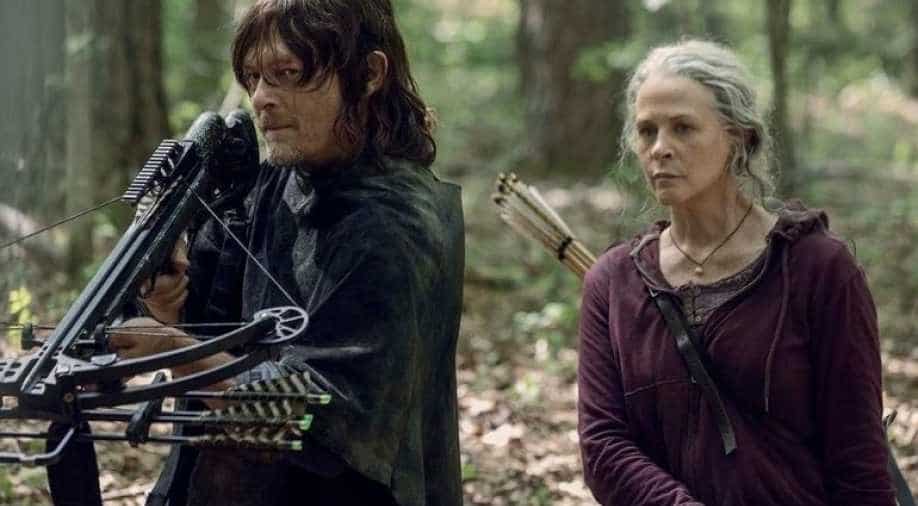 The second and third batch of episodes from 'The Walking Dead' will be released in 2022.

The first thrilling trailer of the upcoming 11th and final season of 'The Walking Dead' is here!

On Saturday, during the Comic-Con@Home Panel, AMC released the anticipated trailer for the upcoming season. The makers describe the trailer as  'the beginning of the end.' and saw everyone favourite characters including Daryl, Carol, Maggie, Gabriel, Ezekiel, and Negan.

“If we live, we live for them. If we die, we die for them,” a dialogue we heard in a few minute trailers.

The 11th season of the hit AMC zombie series — based on Robert Kirkman’s comics — consists of 24 episodes and premieres on Aug. 22 on AMC and streaming platform AMC+.

Season 11 was originally supposed to air in 2020 but was delayed a year because of the pandemic.

The second and third batch of episodes will be released in 2022.

During the panel, series showrunner Angela Kang talked about the pandemic effect on production.

“Obviously the pandemic changed a lot of how we had to do everything, but it was really fun to do these focused, intimate episodes for [Season] 10C. Season 11, we’re going to go out with a bang. We’re back to our big, scopey, massive extravaganzas with lots of great character interactions between the people we love…Season 11 we kind of go in hard with some new stories and new characters. I’m really excited to share it with the audience when it’s time.”