‘Peter Rabbit 2: The Runaway’ release date up by a month 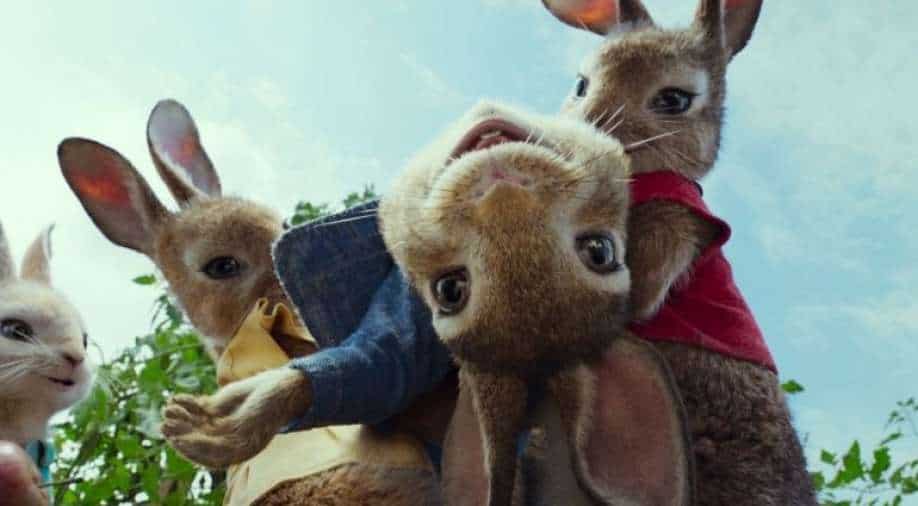 The movie was originally scheduled to hit theatre a year ago on April 2020 but was pushed due to the ongoing pandemic.

Sony Pictures' 'Peter Rabbit: The Runaway' will release on the big screen earlier than expected.

The studio shifted the release date up by a month and will now arrive in theatres on May 14. The animated sequel, starring James Corden who voices Peter Rabbit, was previously scheduled for June 11. The movie also stars Rose Byrne, Domhnall Gleeson and Margot Robbie.

The movie was originally scheduled to hit theatre a year ago on April 2020 but was pushed due to the ongoing pandemic.

The first film of the franchise opened in 2018 and was a huge hit and earned over $351M worldwide. The franchise is based on the stories of Peter Rabbit created by Beatrix Potter.

Directed by Will Gluck and written by Patrick Burleigh and Gluck. The film is a sequel to 2018's 'Peter Rabbit' and follows the story of Thomas and Bea, who are now married and living with Peter and his rabbit family. Bored of life in the garden, Peter goes to the big city, where he meets shady characters and ends up creating chaos for the whole family.

After the theatres are reopened, animated movies have experienced success on the big screen with 'The Croods: A New Age' garnering $50 million and recently released 'Tom and Jerry' grossing $14 million in its opening weekend.