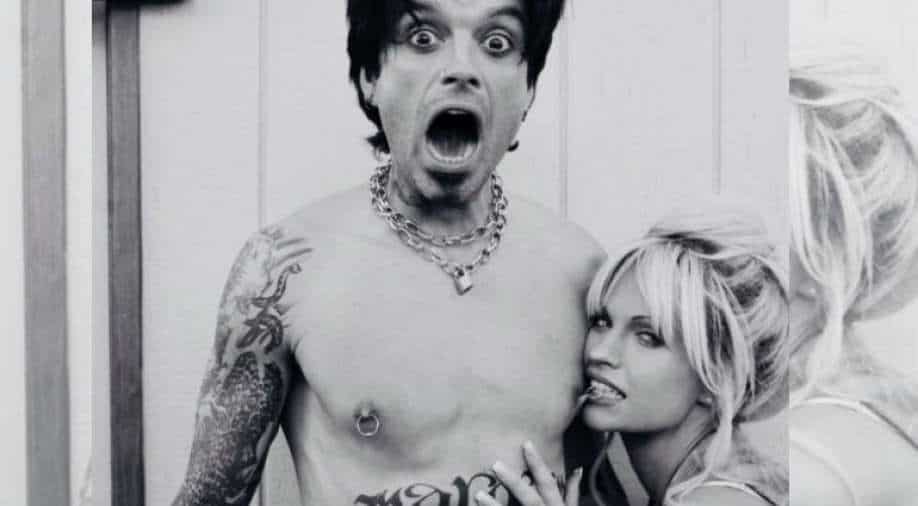 The eight-episode comedic limited series tells the true story of the release of the first-ever viral video in history — the sex tape of Pamela and Lee.

Lily James and Sebastian Stan are unrecognizable as themselves.

The duo is all set to star in Hulu's upcoming limited series, 'Pam & Tommy' based on Pamela Anderson and Tommy Lee. The makers released the steamy first-look image of the stars and they are looking exact replica of Pamela and Lee.

The first raunchy photo shows Lily and Stan as the wild couple. In the picture, Stan's sporting dark black hair, a nose ring and his infamous 'Mayhem' stomach tattoo and shows Lily biting one of his nipple rings.

The makers also released their character photos. Lily shared her look in which she is sporting Pamella signature blonde look with a dramatic smoky eye and wearing an all-black leather outfit that highlights her cleavage in a short black leather vest. The look is similar to her iconic look in the 1996 film 'Barb Wire'.

Later, Sebastian posted his own solo photo on his Instagram account that showed him dressed as Mötley Crüe drummer.

The eight-episode comedic limited series tells the true story of the release of the first-ever viral video in history — the sex tape of Pamela and Lee.

Filming on the limited series started earlier this month and does not have a release date yet.