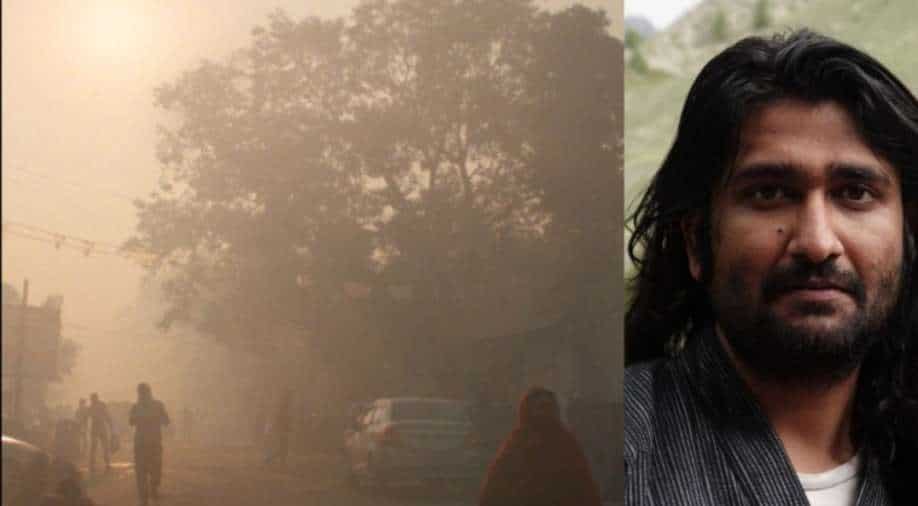 Indian documentary filmmaker Rahul Jain hopes that his film reaches far and wide as the dialogue around climate change—now stronger than ever—needs more visibility in mainstream media. This is his second project after 'Machines', a film based out of a garment factory in Gujarat.

Indian filmmaker, Rahul Jain, whose documentary ‘Invisible Demons’ premiered at the ongoing 74th Cannes Film Festival in France under the ‘Cinema for the Climate’ section of the  coveted film festival.

“The film comes from a fear, the kind that a child has when they look at their hands and there's blood and they are confused. It is the same way I feel when you are melting at 50 degrees Celsius or when the AQI (Air Quality Index) is so high that you have to be locked in your home with a mask on. These are really visceral feelings and the fear of these feelings or the terror generated from them is what culminated in the film," he reportedly said in an interview.

The documentary filmmaker also said that humans do not need to be saved and that it is pretty much the other way round. “The world that we have created is affecting unwilling participants. They are the unwilling spectators to our greed and destruction… It is not a story, it is an experience because I got really sick when I came to Delhi after a long journey. I had all things to protect myself from ecological contact. The intensity of the change was so high and so fast that I felt physically compelled to do what I did, make a film,” he said.

“I could have made the film about different and bigger regions of the country or the whole country itself. But, I thought that if it is concise and focused on one city, and in particular, the city in question also being in the news for being the most polluted spot on earth consistently for a while, and it also being my hometown, it just felt like the right limit or structure to pursue,” he added.

"I can never control who watches my work. If I am going to spend two or three years on something it better be good and hope people connect with it. I am not trying to please everybody but I do try to reach out to more people," Jain said, while talking about attracting the right kind of viewers with his film on pollution, especially in New Delhi.

Talking about his inspiration and research work, Jain—a California Institute of the Arts graduate—said books such as 'Capital' by Rana Dasgupta, Amitav Ghosh's 'The Great Derangement: Climate Change and the Unthinkable', 'Hyperobjects: Philosophy and Ecology After the End of the World' by Timothy Morton, 'Underland' by Robert Macfarlane helped him with his documentary.

Rahul Jain hopes that his film reaches far and wide as the dialogue around climate change—now stronger than ever—needs more visibility in mainstream media. This is his second after 'Machines', a film based out of a garment factory in Gujarat.

“As a cinema lover, I cannot fathom what to expect but I know it is a big deal because everybody thinks so. Personally, I am relieved as an artist that it is something that I worked on for years and it will have a life and hopefully it will be widely seen. I am glad I had the opportunity to bring this story out (sic),” he concluded.