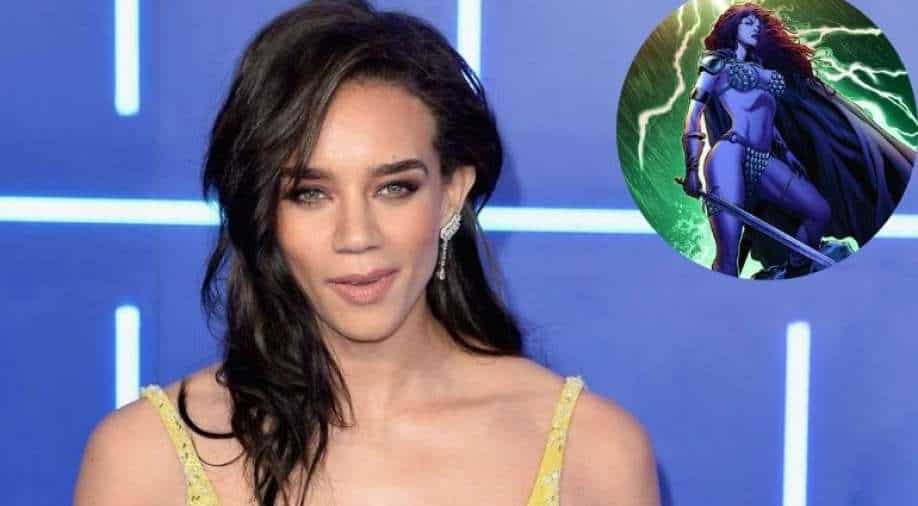 The film was first announced all the way back in 2017.

Hannah John-Kamen has signed up to play another Marvel Comics character. The actress, who is known for playing the villain Ghost in 'Ant-Man and the Wasp' is set to star as the lead in 'Red Sonja'.

The film was first announced all the way back in 2017. 'Transparent' creator Joey Soloway will direct the Millennium Films project, based on the sword and sorcery comic book by Dynamite Entertainment. Soloway will also co-write the script with Tasha Huo, who is attached to showrun and executive producing the upcoming animated 'Tomb Raider' series.

“Hannah is a very talented actress who we’ve been following for years and she IS Red Sonja,” said Soloway in a statement. “Her range, sensibilities and strength are all qualities we have been looking for and we couldn’t be more excited to embark on this journey together.”

'Red Sonja' was adapted to a feature film in 1985, starring Brigitte Nielsen with Arnold Schwarzenegger in a supporting role and directed by Richard Fleischer. Since then, the movie was in talks.

Again, the new project has been in development for over a decade, dating back to 2008 when Robert Rodriguez announced he was working on a version of the film that would have featured Rose McGowan. However, that version of the movie did not happen.

Hannah has garnered acclaim for her work across television, film, and played the lead in Peacock's recent TV adaptation of 'Brave New World', and is also set to play iconic video game character Jill Valentine in the reboot 'Resident Evil: Welcome to Raccoon City with Soloway'.