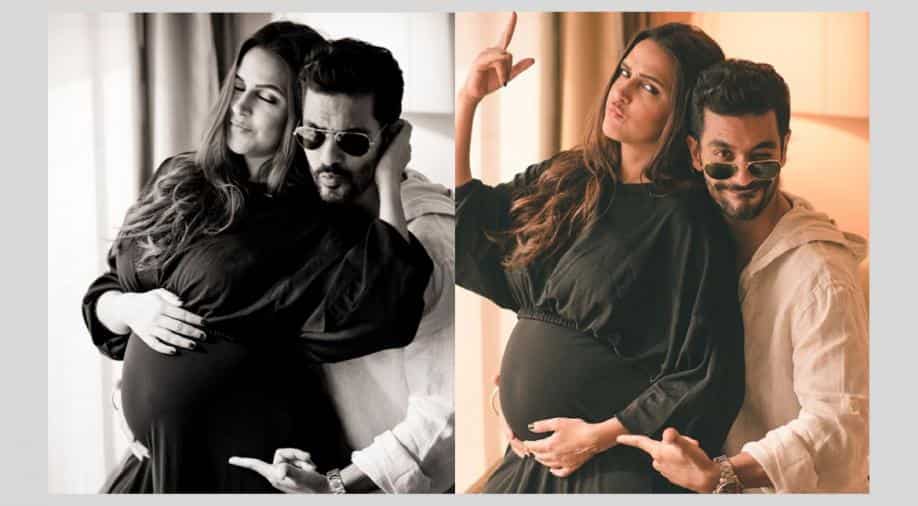 Neha Dhupia and husband Angad Bedi captured the imagination of many as they announced news of pregnancy last Friday. Sharing several pictures of a glowing Neha and her huge baby bump, Angad announced the happy news as he wrote how all rumours of them being pregnant were after all true.

Looking happy and shining, the two then took to Lakme Fashion Week 2018 runway for designer Payal Singhal. They looked radiant as the couple was paired in matching clothes. See their photos from the runway here.

"And, in every aspect, he is respectful and has a great set of values. I have only seen him around our nieces and nephews, and he is absolutely wonderful with them. I cannot wait to see him change diapers… I will put up a video of that (laughs!)," she added.

Neha and Angad got married on May 10, 2018, in a hush-hush ceremony in New Delhi. They invited close circuit of friends and family and later on threw a party at their residence in Mumbai for others.