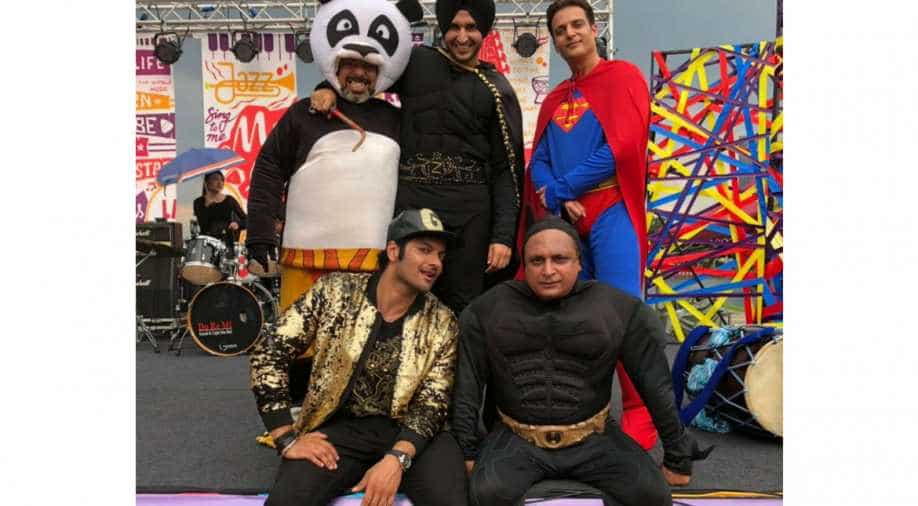 The cast of 'Happy Phirr Bhag Jayegi' in a BTS picture. Photograph:( WION )

The film directed by Mudassar Aziz is a full-blown entertainment-drama or so the makers claim it to be. See the trailer here.

The cast meanwhile shared some BTS pictures from the sets in Malaysia. Take a closer look and you will see ‘Victoria and Abdul’ actor Ali Fazal dressed as a rock star, with Jassie Gill and Piyush Mishra both dressed as Batman. Jimmy Shergill poses as Superman in the picture. Keep watching this space to find out how the film has performed!