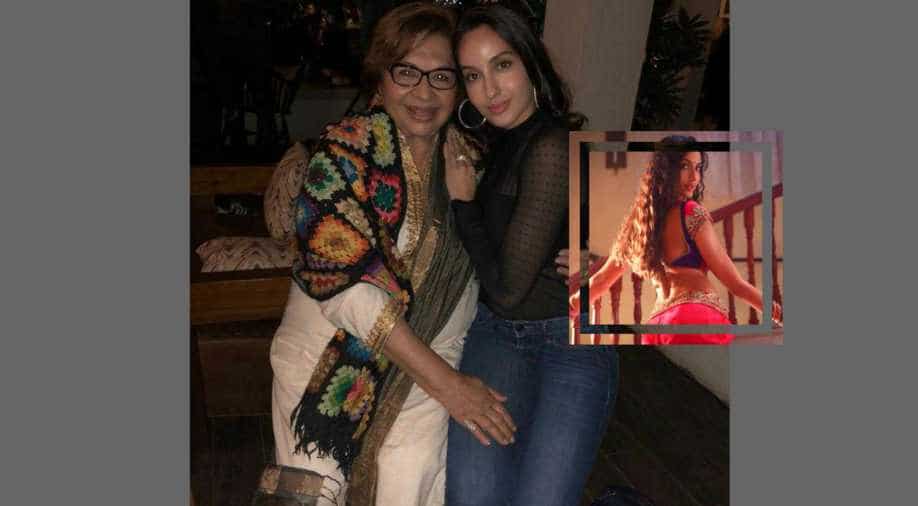 As Salman Khan’s next ‘Bharat’ is in full swing with the shoot for the film currently taking place, Nora Fatehi who is also a part of the lineup of actors is in Malta for the same. It is reported that Nora will be playing a Latina character for which she is already learning Spanish.

Nora gained prominence as a dancer to watch out for in Bollywood after her Dilbar song from John Abraham’s film 'Satyameva Jayate'. The film and the song in itself went on to woo the audience. Dilbar is a recreated version of the original that was shot on Sushmita Sen.

Nora’s second song for the film 'Stree' titled Kamariya also became a chartbuster because of her effortless moves and pumping music. The two songs have already crossed the 200 million mark.

Nora credits this to her idol, Helen -- the yesteryear star who had the ability to bring fans to the cinemas with her dance. Ask her about Helen and Nora said, “Helenji has truly blessed me! She gave me her blessings the first time I met her during Salman’s birthday party in December. I had a long chat with her about my career goals and she put her hand on my head and said I’m giving you blessings and I want all the doors to open up for you. You will do very well in your career.”

She continued and said, “And she advised me not to let people bring me down and not to give up. I took a lovely picture with her and since I met her and had the talk, everything has changed for me. My career literally took off and ‘Bharat’, ‘Dilbar’ and ‘Stree’ happened for me.”

‘Bharat’ has been in news ever since Priyanka Chopra who was to play the main lead heroine opposite Salman Khan walked out of it and Katrina Kaif was signed as a replacement. Priyanka has ever since started work on 'The Sky Is Pink' and has thrown a huge Bollywood gala to celebrate her roka ceremony and engagement party.