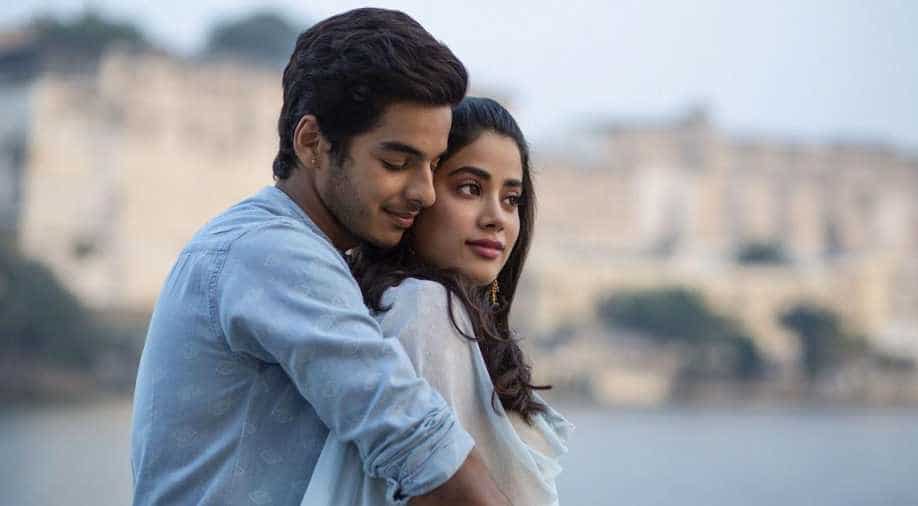 It’s not easy to get into the good books of Karan Johar but when you do, he goes the extra mile in making you comfortable in Bollywood owing to his relevance in the industry.

After a grand debut in Bollywood with a Karan Johar film, Janhvi Kapoor with her Dhadak co-star Ishaan Khatter is said to get their first Koffee With Karan chat. The film has crossed the Rs 100 crores mark worldwide as their proud producer Karan Johar shared the news on social media on Wednesday morning.

The two young actors were praised for their acting skills in the Shashank Khaitan’s directorial Dhadak, a remake of original Marathi film Sairaat. The newcomers beat the likes of Student of the Year, Ishaqzaade and Heropanti in terms of Day 1 box office numbers with an Rs 8.75 crore opening. This is their opening weekend collection.

When you get your reward before your verdict #family #nazarnalage ?

Their Koffee With Karan debut will now put them in the spotlight as actors who won audience’s point with their first mega film doing great at the box office (first for Janhvi and second for Ishaan as he debuted with Beyond The Clouds). According to a report published in DNA, the two have okayed for the chat show, ready to spill some beans for their fans.

It is said that Sunny Leone will also be making her debut at Koffee With Karan, but solo. The next season is likely to roll out in September with Shah Rukh Khan, Kajol and Rani Mukerji as the first guests.