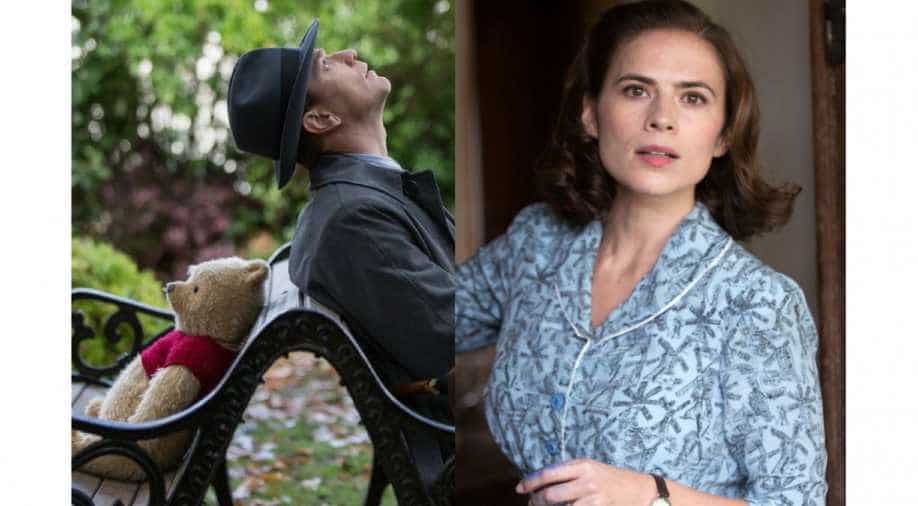 Actor Hayley Atwell has said her upcoming film "Christopher Robin" will provide the "authentic" Winnie-the-Pooh character with its trademark naivety and innocence.

In an interview with leaading daily, the "Captain America: First Avenger" star said the Disney film beautifully captures the personalities of all of its beloved characters.

"Audiences will see the authentic Pooh bear that they know, and you have all these kind of typical Pooh-isms of like, 'People say nothing's impossible, but I do nothing every day'," Atwell said.

"They're kind of very naive but actually very profound words of wisdom that (are) also very funny. His lack of self-awareness is also very charming and funny, you know. And he doesn't mean it, but he says things that you can almost come out the idea of like a Zen master would say," she added.