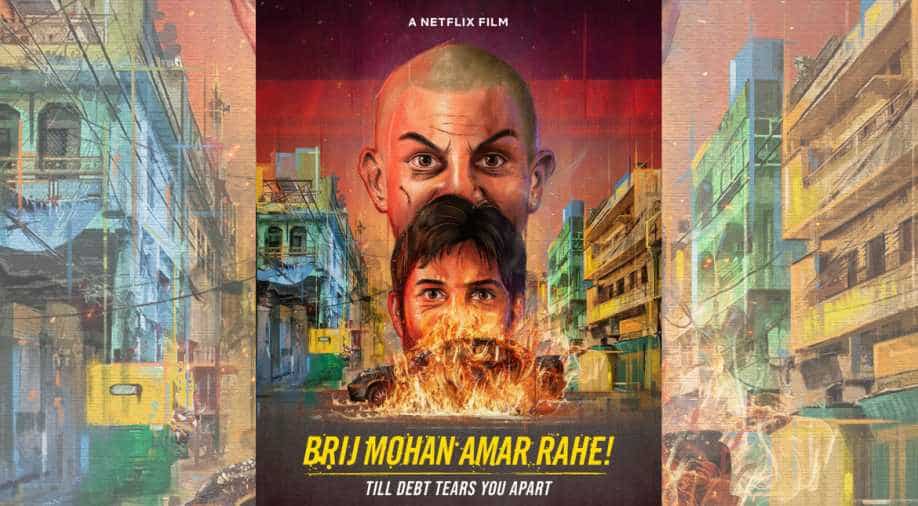 Netflix’s new Indian original film Brij Mohan Amar Rahe is a dark satire on corruption, power game -- one that ends up taking the life of a simple Delhi-based man who finds himself stuck in a loop of bad decisions.

Yoodlee Films’ new venture Brij Mohan Amar Rahe has started a new debate around content and how Netflix and other streaming platforms are changing the way we consume entertainment. The film which was originally supposed to get a theatrical release was directly served to the young digital audience on the streaming platform.

On Brij Mohan Amar Rahe, Siddharth Anand Kumar, VP, TV and Films, Saregama and Yoodlee Films said, “We are glad to announce our first Netflix Original film from Yoodlee Films. This is also the second film after ‘Ajji’ that has found a home in the streaming platform. Yoodlee Films makes cinema that is for a world audience, not limited by language barriers, and with the release of Brij Mohan… on Netflix, I am  thrilled that it will be able to reach out to relevant audiences both in domestic and international markets.”

The film basically revolves around the life of Brij Mohan (36), a hosiery shop owner in a busy Delhi market who desperately wants to change his life. Debt-ridden, he tries to change his appearance and life by adopting a new identity. This leads to a lot of confusion and he ends up murdering a few people.

The film started streaming since August 3, 2019.