Zaira Wasim reacts to hijab controversy: ‘I resist this system where women are harassed’ 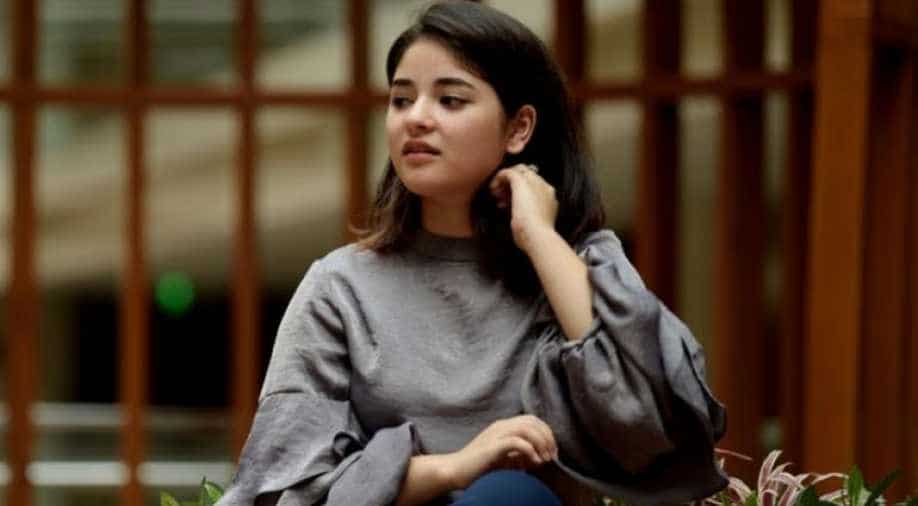 Before Zaira Wasim, the controversial issue has caught the attention of many celebrities including veteran lyricist Javed Akhtar, actor Sonam Kapoor, Kangana Ranaut among others.

'Dangal' actor Zaira Wasim, who quit showbiz in 2019, reacted to the ongoing hijab issue in Karnataka, a south Indian state.

Before Wasim, the controversial issue has caught the attention of many celebrities including veteran lyricist Javed Akhtar, actor Sonam Kapoor, Kangana Ranaut among others.

Bella Hadid on hijab ban in India & other countries: ‘Not your job to tell women what they should wear’

On Saturday, the 'Dangal' actress shared her thoughts on the matter on her Twitter handle, Zaira posted a long note, reading, "the inherited notion of hijab being a choice is an ill-informed one."

"It`s often either a construct of convenience or ignorance. Hijab isn't a choice but an obligation in Islam. Likewise, a woman who wears the hijab is fulfilling an obligation enjoined upon her by the God she loves and has submitted herself to," the 21-year-old shared.

She added, "I, as a woman who wears the hijab with gratitude and humility, resent and resist this entire system where women are being stopped and harassed for merely carrying out a religious commitment. Stacking this bias against Muslim women and setting up systems where they should have to decide between education and hijab or to give up either is an absolute injustice."

"There is no other option to encourage them to choose differently. What is this if not a bias with people who confirm it acting in support of it? On top of all this, building a facade that all this is being done in the name of empowerment is even worse when it is quite exactly the opposite of that. Sad," Zaira concluded her statement.

Zaira in 2019 had announced that she is leaving Bollywood after 5 years of working in Bollywood. She was last seen on the big screen in Shonali Bose's 'The Sky Is Pink'.

For the unversed, the Hijab row began in January at a government PU College in Udupi, Karnataka, where six students who attended classes wearing headscarves were asked to leave the campus.