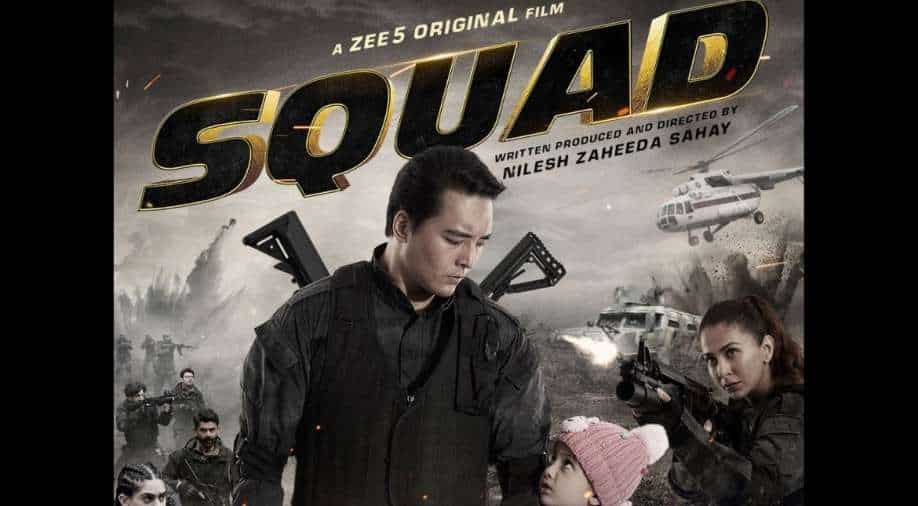 The Zee5 trailer features some crazy action sequences and the film marks the debut of Danny Denzongpa’s son Rinzing Denzongpa.

The first trailer of Zee5 film ‘Squad’ is out.

The trailer features some crazy action sequences and the film marks the debut of Danny Denzongpa’s son Rinzing Denzongpa and Malvika Raaj, who is best known for playing the younger version of Kareena Kapoor’s Poo in ‘Kabhi Khushi Kabhie Gham’.

The movie revolves around a young girl who has seemingly lost everyone in her life. Rinzing Denzongpa, who plays an STF commando, is tasked to save the child and deliver her to safety.

The official synopsis of Squad reads, “Bhim Rana, an STF commando, is tasked with the responsibility of protecting the granddaughter of a renowned scientist who holds the blueprint of a lethal cyborg programme. Premieres 12th November 2021.” Also read: Not Marvel or James Bond, this is the highest-grossing film of 2021

Also read: 'GoT' actor Richard Madden has this to say about his Citadel co-star Priyanka Chopra