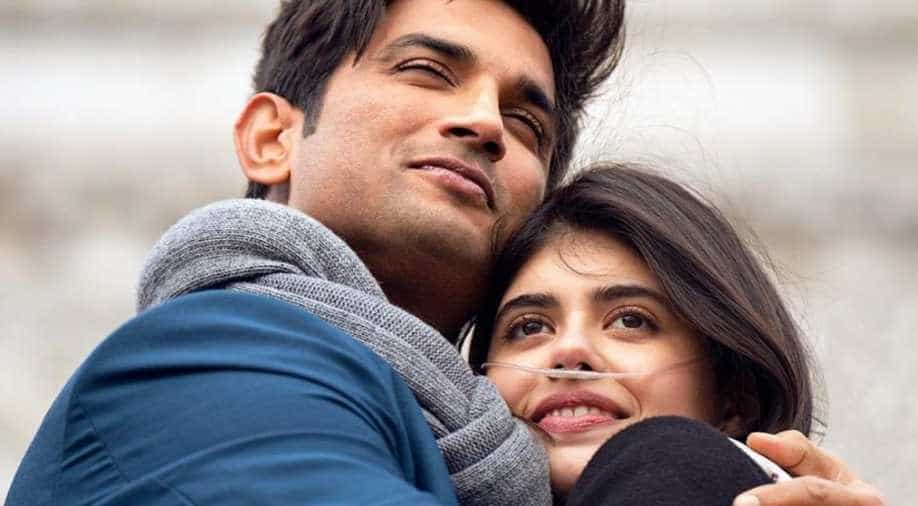 ‘The Fault In Our Stars’ was an adaptation of author John Green’s best-selling book by the same name. The movie featured Shailene Woodley and Ansel Elgort in lead roles and released worldwide on July 4, 2014. Starring late Sushant Singh Rajput and Sanjana Sanghi, 'Dil Bechara’ is its Hindi remake.

The Bollywood remake of Hollywood film ‘The Fault In Our Stars’, titled ‘Dil Bechara’, will go down in history as one of the most remarkable films of all time for reasons more than one.

First, the film was reportedly streamed over three million times on the first day of its release on the OTT platform Disney + Hotstar. And, secondly, it was the last film that deceased actor Sushant Singh Rajput had acted in before his death On June 14 last year.

Now, in an anniversary interview with an entertainment website, Sanjana Sanghi, his co-star from the film, spoke about having the film being an ode to the late actor.

“It was all supposed to be different, right? Like, all of it! But once everything just changed the way it did... there was no looking back. The day the film released, it created records with millions of people watching the movie on the first day. That’s an unreal number. With the kind of love and respect the film got, how can I have any regrets? It was quite an ode. Sushant and I were excited about the project through its making. We would discuss which colleges we would be visiting to promote the film. We even thought of the songs from the film that we planned to croon during the promotions and wondered whether we would be able to revisit the theatre in Jamshedpur where we shot the film.”

The actress also spoke about her first meeting with Rajput and their dreams pertaining to ‘Dil Bechara’.

“We met for the first time at Mukesh (Chhabra, director) sir’s office, where we did our reading. Within five minutes of the meeting, we realised that we both are nerds, are obsessed with everything academic and lived for the love of food! The other common point of interest was Delhi. While I hailed from Delhi, he had studied there. The performances you see in the film are all because of teamwork as it’s a completely performance-oriented movie. It didn’t boast of any fancy song sequences or stunts, but relied on human emotions and relationships. The one thing Sushant taught me was to save my energy. He made me realise how important it was to conserve energy by not putting in all of it when not required, for instance, the wide-angle shots. He used to call it ‘rationing’ of the energy,” Sanghi was quoted as saying.

‘The Fault In Our Stars’ was an adaptation of author John Green’s best-selling book by the same name. The movie featured Shailene Woodley and Ansel Elgort in lead roles and released worldwide on July 4, 2014.