Kangana Ranaut on turning down 'Dirty Picture': I don’t think I would have done it better than Vidya Balan 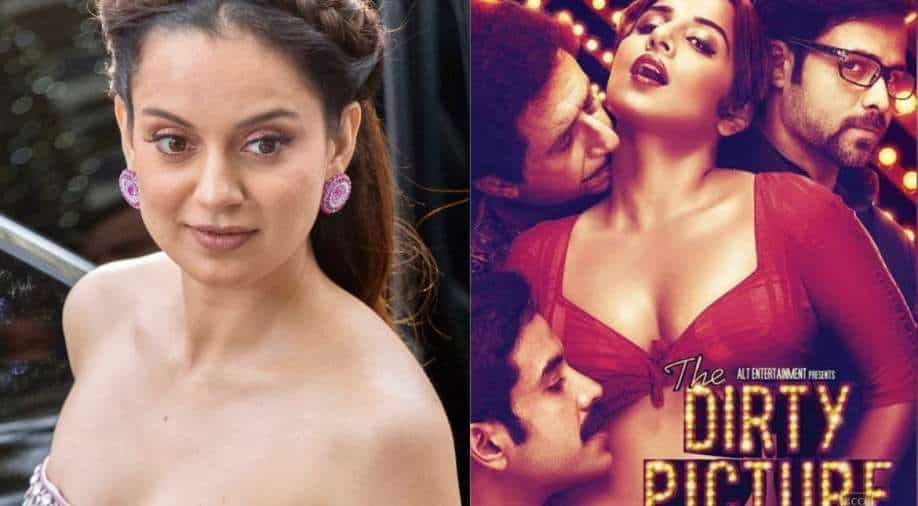 Kangana Ranaut said, "I don’t think I would have done it better than Vidya Balan because she was terrific in that."

Vidya Balan’s National Award winning performance would not have happened if Kangana Ranaut had not turned it down. Vidya received the award for her portrayal of an adult star in ‘The Dirty Picture’.

While revealing that she turned down the film, Kangana added that she could not have done the role better than Vidya who was “terrific” in the film. “The Dirty Picture, just like I always said, turned out to be so wonderful! But I don’t think I would have done it better than Vidya Balan because she was terrific in that. But yes, sometimes I feel that I didn’t see the potential in that film,” she said.

She added that ‘parallel or off-beat films’ have been her thing and added, “I have never done one of those conventional films of Rajkumar Hirani or Sanjay Leela Bhansali or even Dharma Productions, YRF or any of the Khans' films. I have done none of that but still, I’m the top leading actress who has made a name for herself. It is a case study on its own. Though I failed to see the opportunity in The Dirty Picture, I don’t regret it.”

Recently, Kangana looked back at her debut film, ‘Gangster’ as it completed 15 years of its release. She remembered her filmy journey and compared it to that of Shah Rukh Khan. It didn’t however sit down with the internet users. She wrote, “15 years ago Gangster released today, Shahrukh Khan ji and mine are the biggest success stories ever but SRK was from Delhi, convent educated and his parents were involved in films, I did not know a single word of English, no education, came from a remote village of HP and every step was a battle starting with my own father and grandfather, who made my life miserable, and yet 15 years later after so much success still every day is a fight for survival but totally worth it, thank you everyone#15yearsofgangster.”