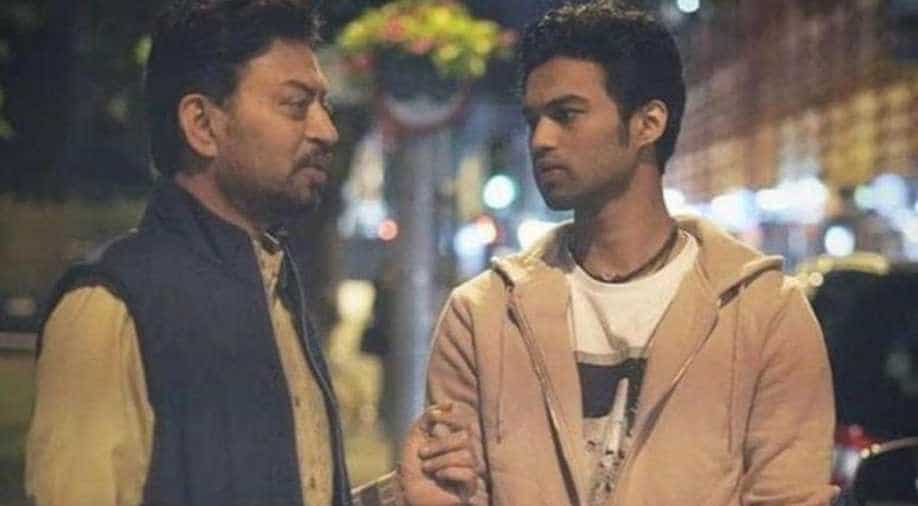 Babil will soon make his Bollywood debut with ‘Qala’.

After announcing his second project with Shoojit Sircar, late Irrfan Khan's son Babil on Monday revealed that he has quit college to focus on his acting career.

Babil, who was studying film at Westminster University in London, made the announcement on his Instagram page with a heartfelt note. Khan also shared some candid pictures of himself shooting and expressed gratitude to his college friends.

"I will miss you so much. My beautiful friends. I have a very tight circle here in Mumbai, literally 2-3 friends in total. You all gave me a home in a strange cold place and made me feel like I belonged. Thank you, I love you. Film BA, dropping out today, with over 120 credits cause I’m giving it all to acting as of now. Goodbye university of Westminster. I love you my truest friends,” he wrote.

The makers took to social media to make a big announcement, Lahiri shared pictures of Sircar and Babil working on the film and wrote, “Honoured to take forward your legacy Irrfan sir. Worked with a legend like you, And now Babil. If this is not Providence, what is?”.

Meanwhile, Babil will soon make his Bollywood debut with ‘Qala’.The Netflix film is being produced by Anushka Sharma's production house Clean Slate films and helmed by Anvita Dutt and stars Tripti Dimri in the lead role along with Swastika Mukherjee and Babil Khan.