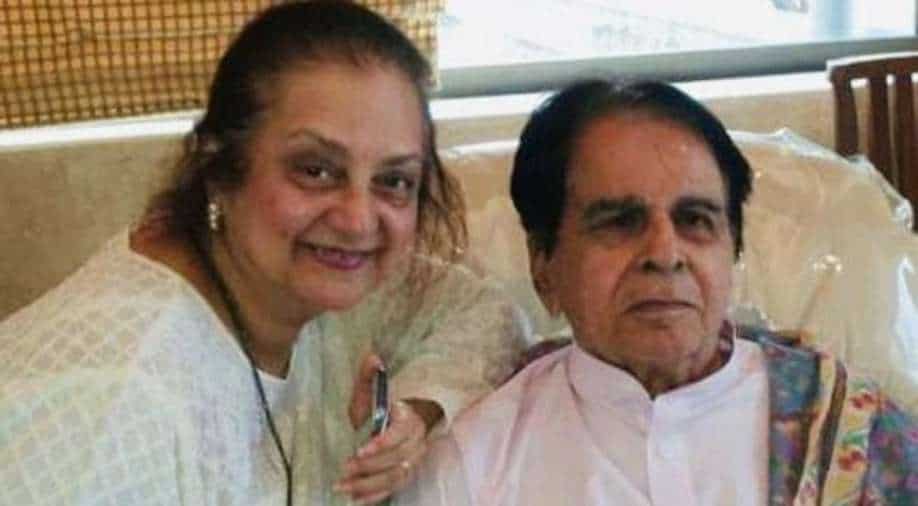 Veteran actor Dilip Kumar, 98, who’s admitted in a Mumbai hospital, is recovering well. On Monday night, his wife and veteran actress Saira Banu tweeted about his improving health in a tweet through his official Twitter account, which is co-handled by friend Faisal Farooqui and his wife. “We are still in hospital and request your prayers and duas so that Insha'Allah he is healthy and discharged soon (sic),” read the tweet. The Padma Bhushan and Padma Vibhushan awardee was admitted to Hinduja hospital last week after he had complained of breathlessness.

We are grateful for God's infinite mercy on Dilip Sahib that his health is improving. We are still in hospital and request your prayers and duas so that Insha’Allah he is healthy and discharged soon. Saira Banu Khan

Saira banu has been by his side day and night the actress was papped outside the hospital on Sunday where she was seen waving at photo journalists for a brief while.

In the month of June, Dilip Kumar was hospitalized after he had struggled with breathing. The actor was later diagnosed with Bilateral Pleural Effusion: a build-up of excess fluid between the layers of the pleura outside the lungs. He had to undergo pleural aspiration procedure that turned out to be successful, reported a news agency. He was discharged from the hospital on June11.