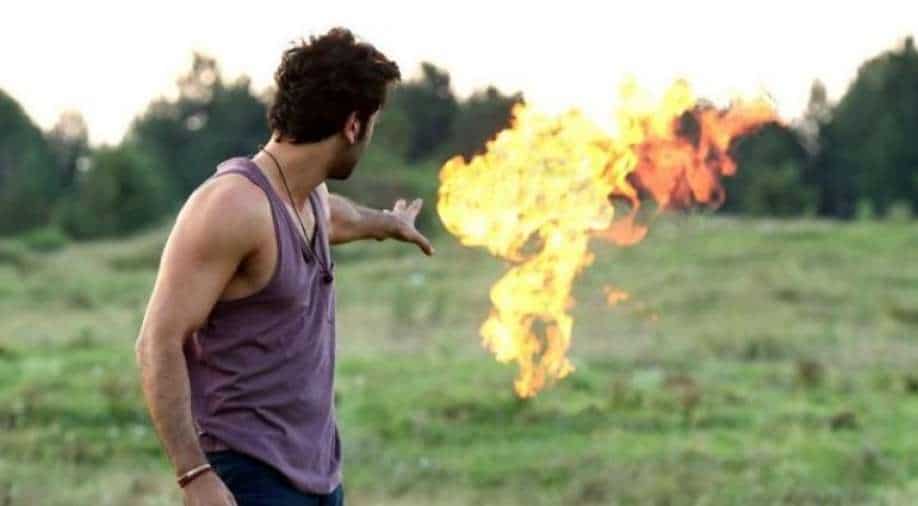 Director Ayan Mukerji has been sharing a bunch of behind the scene stills from his most awaited movie 'Brahmastra' starring Ranbir Kapoor, Alia Bhatt, Amitabh Bachchan and many other superstars.

On Friday, Ayan shared a new still from the movie featuring Ranbir and fire in the background. In the caption of the post, the director addressed the delay of the movie due to the pandemic and promised a big announcement related to the magnum opus very soon.

Sharing a still from the film featuring Ranbir, Ayan wrote, ''TheTimeFeelsRight💥 Two and a half years ago, I started this Instagram journey, with Brahmāstra’s Release a few months away. Then, we needed more time to perfect the movie. Then, I fell off Instagram. Then, the world stopped for a while.”

He added, “Through all of this, every single day, Brahmāstra has been ON ! Growing with all the love and dedication it has needed ! Waiting patiently for its Time. That Time is Here. The Time to start sharing Brahmāstra. The Time to launch something from Brahmāstra. The Time for ‘another’, but this time – Final Release Date! And to do it all, in a way, that’s as exciting and as special as the movie experience, we have given our lives to create! Really really soon 💥.”

A mega-budget sci-fi film has been delayed multiple times- first due to VFX work and then due to the pandemic. The film was scheduled to release earlier in December 2020 but was pushed to 2021 due to the pandemic. According to many reports, makers are now eyeing for September 2022 release.

While the plot details of the movie are under wraps, the movie will release theatrically across 5 Indian languages – Hindi, Tamil, Telugu, Malayalam and Kannada.