Amitabh Bachchan remembers Dilip Kumar; says his ‘every spoken word was like poetry’ 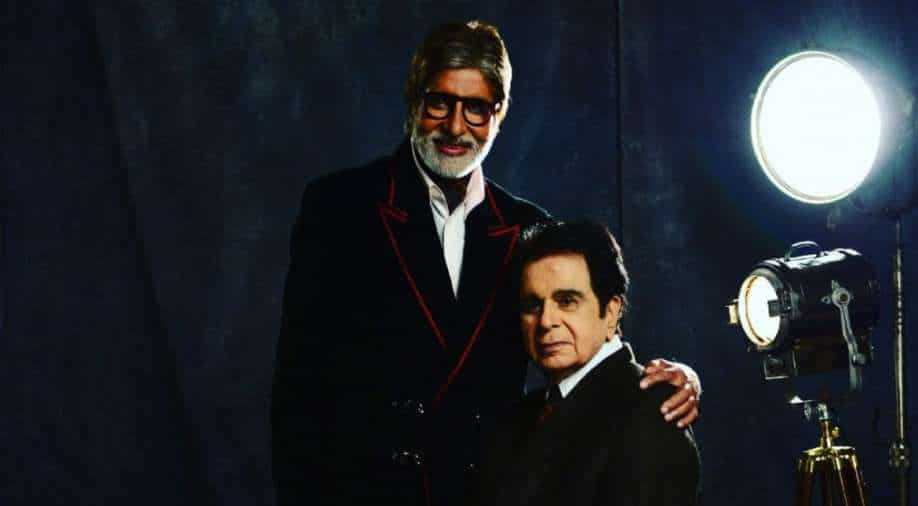 Amitabh Bachchan and Dilip Kumar worked together in Ramesh Sippy’s ‘Shakti’ in 1982 in which Dilip Saab played the role of Bachchan’s father.

It is well known that Bollywood superstar Amitabh Bachchan is an avid reader and writer. And in order to mourn the loss of his former co-star and legendary actor Dilip Kumar, he took to his blog and penned some beautiful yet heartbreaking words for the late Dilip Kumar. In his blog, he recalled being starstruck by him and the moment he met the actor in person. “The name that had been floating in that vacuum suddenly took shape, right there on the screen in front of me .. large and in black and white .. that name, that visual often repeated in converse .. DILIP KUMAR .. there was something in his presence .. when he appeared all others became a blurred focus .. when he spoke, you felt right, convinced .. and you came back with all of that home .. and it remained with you.”

Bachchan spoke about the time he ran into Dilip Saab at a restaurant and mustered up the courage to go up to him and ask for an autograph. “After long contemplation which drove me to awe and shivering excitement, I decided to approach him for an autograph .. but no autograph book .. so out again in the street, a book bought and inside the restaurant again and the relief to still find him there .. the walk up to him .. he is concentrated conversation .. i push my words to him in general and the book in hand .. there is no reaction .. he did not even look at me or the book .. and after a short while walked away , out through the door and gone .. the autograph book still in my vacant hands .. the autograph book was not important at all .. it was his presence .. that’s it.”

Talking about the Padma Bhushan awardee’s charm and charisma, Bachchan wrote, “You never found a single element out of place when he performed on screen or in his non public appearance , or even the public appearance .. his eyes his walk his each limb his every spoken word was like poetry .. the graph and the tone , the pauses the rapid fire , the run by a train , that glass of the sorrow and the inconsequential and consequential expressions of learning.”

Amitabh Bachchan was present when the last rites of the deceased actor were being performed at Juhu Qabrastan in Mumbai. He recalled with a heavy heart, “I stand in front of this mound on the earth, freshly dug .. a few garlands and flowers scattered about over the mound .. and no one around him .. he sleeps underneath .. under the earth of his bearing .. it is peaceful and quiet .. this large presence .. this mountain of talent .. this gregarious creative visionary .. this excellence of the excelled .. the ultimate .. now reduced to a small mound of grave .. he is gone.”
“History shall ever be .. before Dilip Kumar after Dilip Kumar .. that is how it always was .. now more so than ever,” concluded Bachchan.