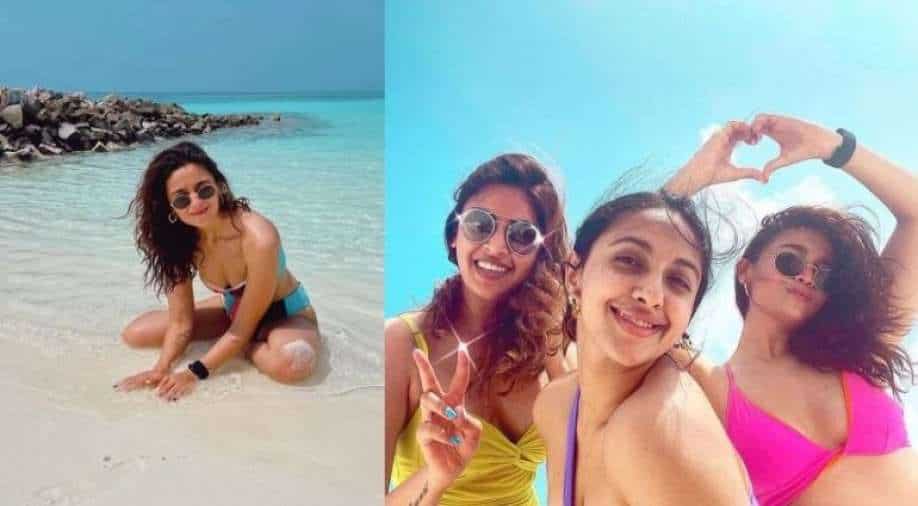 No matter what the situation, everyone likes to witness tangerine-hued sunsets atop mountains. And Bollywood actress Ali Bhatt is no exception.

In her latest post on Instagram, where she has a whopping 54 million followers, the ‘Gully Boy’ star shared a back shot of her enjoying a warm sunset, with a cryptic caption that goes as this: “All I need is sunsets & you ..…. taking my pictures 😬♾ 💗"

After wrapping up 'Gangubai Kathiawadi', Alia Bhatt recently started shooting for her debut production venture 'Darlings'. Announcing the beginning of her next project, Alia took to her Instagram handle and had shared a few monochrome pictures from her van, in which she can be seen sitting in a chair in front of the mirror with the script in her hand. As always, Alia looked super cool in a white full-sleeved shirt with a high ponytail.

By announcing the movie is her first film as a producer and reiterating that she will always be an actor first, Alia had written, “Day one of DARLINGS! my first film as a producer but I will always be an actor first & forever (in this case a very nervous actor) I don’t know what it is .. a night before I start a new film I get this nervous tingling energy all over my body.. i dream all night about messing up my lines..become jumpy.. reach set 15 mins before time fearing I’ll be late! (sic)”

The actress is all set to make her debut in Telugu movies with SS Rajamouli’s ‘RRR’ and will also be seen in Sanjay Leela Bhansali’s ‘Gangubai Kathiawadi’. Ayan Mukerji’s ‘Brahmāstra’ is yet another movie that Alia will feature in. The part one of this superhero trilogy will also stars  Amitabh Bachchan, Nagarjuna Akkineni, Ranbir Kapoor and Mouni Roy in crucial roles.