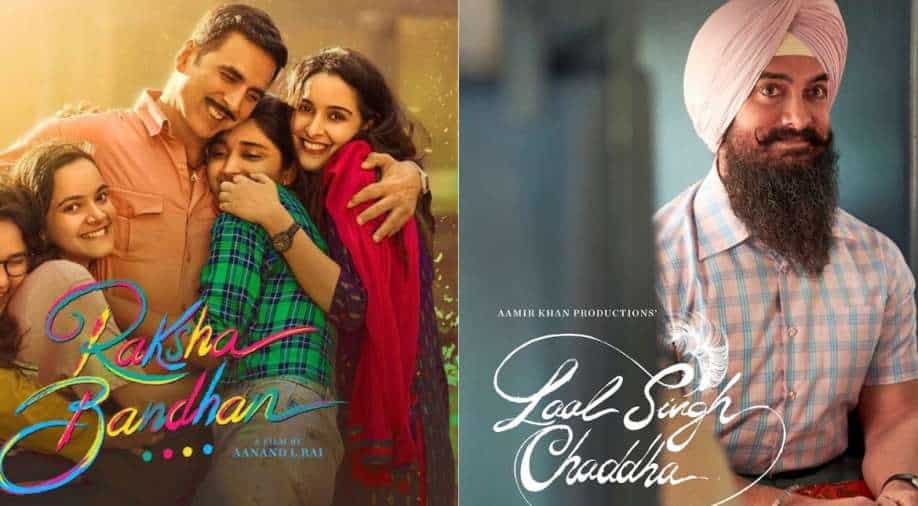 In response to the box office clash of 'Raksha Bandhan' with Aamir Khan's 'Laal Singh Chadda,' actor Akshay Kumar stated that he hopes both films do well. The ‘Samrat Prithviraj’ actor, while addressing the media at the ‘Raksha Bandhans’ trailer launch, said that movies releasing on the same day are no longer seen as a competition or a threat to the film’s business. The trailer for ‘Raksha Bandhan’ was unveiled on June 21, Tuesday, and received positive reactions from the audience. The film is slated for release on August 11 this year, which is the same release date as Aamir Khan’s most-awaited movie, ‘Laal Singh Chaddha’.

Speaking about the same release date of the two films, Akshay Kumar said he does not see it as a "clash" at all. "It is not a clash, it is about two good movies coming together and also it's a festive weekend. Also, because of COVID-19, many movies did not get released. There are so many movies that are still waiting to be released in theatres," Akshay said.

Akshay further said, "Two movies releasing in the same week is natural, so I wouldn’t say we are clashing, we are trying to bring out films to the people. I hope both the films have a good run."

Helmed by Aanand L Rai, ‘Raksha Bandhan’ is written by Himanshu Sharma and Kanika Dhillon, and also stars Bhumi Pednekar and Seema Pahwa in significant roles. Meanwhile, Aamir Khan, who was last seen in 2018's ‘Thugs of Hindustan', is coming back with his highly anticipated film ‘Laal Singh Chadda', which is a Hindi remake of Tom Hanks’ 1994 Hollywood classic ‘Forrest Gump’. Aamir Khan’s film is also hitting the theatres on the same date.

‘Raksha Bandhan’ trailer, which was launched on Tuesday, features Akshay Kumar in a sanskari man’s avatar who is willing to sell even his kidneys to marry off his four sisters, played by Sadia, Sahejmeen, Deepika, and Smrithi. Bhumi Pednekar plays Akshay’s love interest, who seems to be Akshay’s childhood love and is waiting to get married to him once his sisters are married off. As the title suggests, ‘Raksha Bandhan’ focuses on the pious and strong bond between a brother and sister.