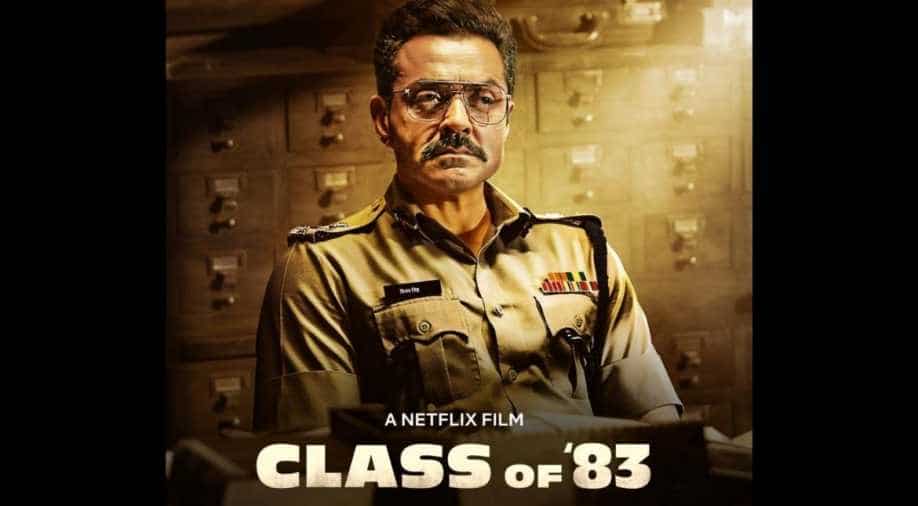 Bobby Deol is all set to make his digital debut on Netflix with this film.

Last month, Netflix announced a slate of projects including Bobby Deol’s ‘Class of 83’.

Now, the makers have announced the release date and it is August 21.

Bobby Deol also took to social media to make the announcement as he shared a new poster of the film. ‘Class of 83’ is produced by Shah Rukh Khan’s Red Chillies Entertainment.

It's not WHICH side you are fighting for .. It's WHAT you are fighting against#ClassOf83 trailer out tomorrow. Produced by @RedChilliesEnt Premieres August 21, 2020 only on @NetflixIndia pic.twitter.com/oCwaLhYKui

The actor will play a police instructor Vijay Singh in the film. Its trailer will land on Friday.

The film is said to be based on Sayyed Yunus Hussain Zaidi’s book The Class Of 83. The film is the first original produced by Shah Rukh Khan for Netflix. They have earlier collaborated for the web shows ‘Betaal’ and ‘Bard Of Blood’.

From 'Class of 83' to 'Gunjan Saxena', Netflix India reveals exciting lineup of 17 originals