Arbaaz Khan, Georgia Andriani get public with their love 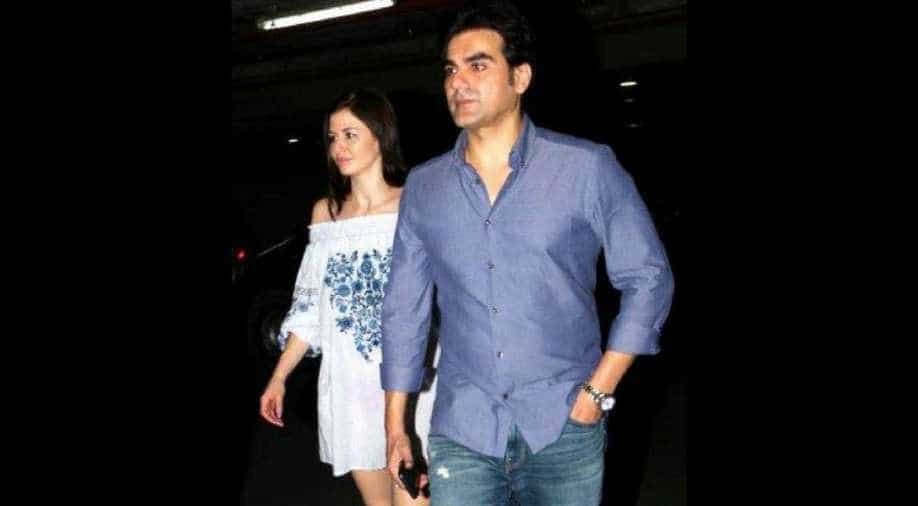 While Arbaaz Khan and ex-wife Malaika Arora might be cordial even after a shocking divorce, they seem to be as far as a couple could be on the romantic pedestal. Arbaaz is apparently dating a model with whom he seems to be pretty serious or is the other way around?

Georgia Andriani recently shared a sweet picture of Arbaaz and her as she wished him a happy birthday. She captioned the image: "To your day, happy happy birthday rockstar."

The two can be seen smiling for the camera as she is wearing a bright blue dress with Arbaaz who dons a subtle grey-brown kurta pyjama. According to reports, the two flew off to Hyderabad for Arpita Khan's birthday bash on August 3. Arbaaz also celebrated his birthday with Georgia and family members. Apparently, the family has given a nod to Georgia and Arbaaz’s relationship.

Meanwhile, Arbaaz and Malaika maintain a cordial relationship as Malaika has said on several occasions that Arbaaz is still a part of their family and is a father of her son. She also added that her son loves meeting Arbaaz and she doesn't want to take that away from her child.