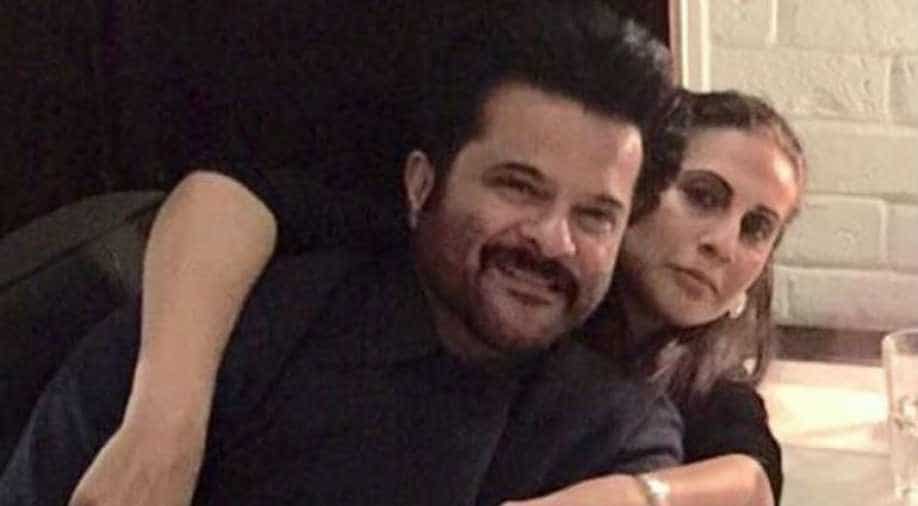 Forget Sonam Kapoor and Anand Ahuja, it is her dad Anil Kapoor and his wife Sunita who can give all of us #couplegoals. In a recent post on Facebook community page Humans Of Bombay, Anil Kapoor went down memory lane and share some interesting facts about his 45-year long partnership with wife Sunita Kapoor.

Kapoor revealed that the two met through a common friend who had given Sunita his number to make a prank call. "I fell in love with her voice," Kapoor revealed. The couple started dating much later and were dating for 10 years before they tied the knot.

" A friend of mine gave Sunita my number to prank call me – that’s when I first spoke to her and fell in love with her voice! A few weeks later, we met at a party and I was introduced to her...there was something about her that just attracted me. We started talking and became friends. We used to discuss this other girl I liked – you know, if I like her or she likes me? And then suddenly, that girl vanished, leaving me heartbroken. So my friendship with Sunita became stronger because of a broken heart!
Little did I know that Sunita was the one all along – we organically started dating. It’s not like in the films – I didn’t ask her to be my girlfriend...we both just knew. She didn’t care who I was or what my profession is...it never mattered," the post read.

The actor revealed that how she belonged to a more affluent family which was more liberal than his own. Sunit was a model and Anil Kapoor was still looking for a job. "She was from a liberal family––a banker’s daughter with a happening modelling career and I was totally bekaar! I lived in Chembur and she lived on Nepeansea road, so I would call her and say ‘I’ll take the bus and reach in an hour.’ She would scream, ‘No come fast by taxi!’ then I’d say ‘Arrey I don’t have money’ and she’d say ‘Just come na, I’ll manage’ and pay for my cab!&nbspWe dated for 10 years – we travelled and grew together."

The couple got married soon after Anil Kapoor signed 'Meri Jung'. There were only 10 people in attendance at their wedding as the decision was made overnight. "I did get my first breakthrough, ‘Meri Jung’ I thought now house will come, kitchen will come, help will come...I can get married! So I called Sunita and said, ‘Let’s get married tomorrow – it’s tomorrow or never’ and the next day, in the presence of about 10 people we were married!

Kapoor also revealed that how his wife went on their honeymoon alone while he went to shoot for the film. "I went for my shoot 3 days later and madam travelled abroad on our honeymoon...without me!"


Calling her the perfect mother and perfect wife, the actor attributed Sunita Kapoor as trhe reason behind his motivation to work hard. "She is the reason I wake up every morning, motivated. You know why? When I ask her, ‘Arrey, yesterday only I gave you so much money’ she says, ‘Woh sab khatam ho gaya...it’s all finished!’ and I jump out of bed and run to work!”

Anil Kapoor's film 'Fanney Khan' is up for release this Friday.