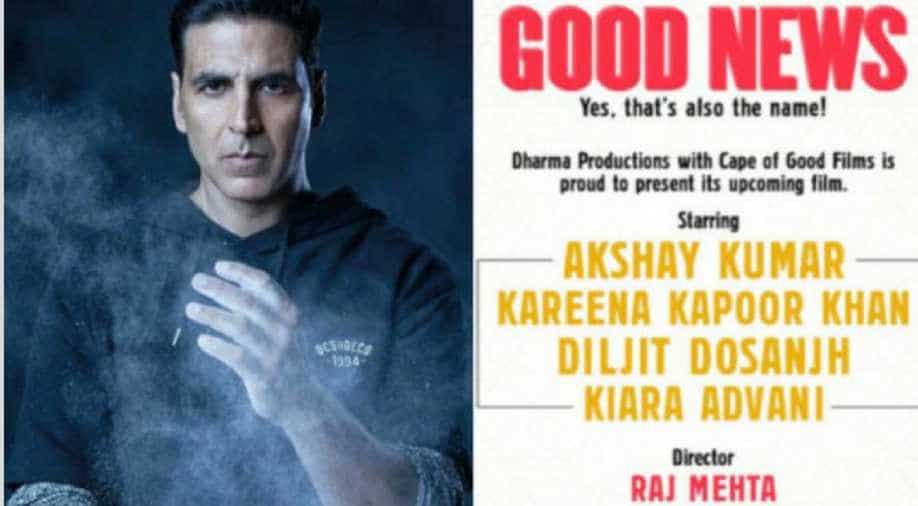 Akshay Kumar says film 'Good News' has nothing to do with any social cause Photograph:( PTI )

Akshay Kumar's recent projects may have been about various social causes but the actor says the recently-announced "Good News" will be something different.

When asked if it is a conscious effort on his part to do films carrying a message, Akshay told reporters, "No. I am doing all kinds of movies. Now, I am shooting for 'Housefull 4' and that film is not going to deliver any social message. The only message it's going to give is that you should laugh more often.

"I am doing 'Good News' and there are many other things which I am doing which do not have anything to do with a social cause..." he added.

The actor was speaking at the IMAX trailer launch of his upcoming film "Gold" last evening. The Reema Kagti-directed sports drama will also be released on IMAX.

Akshay also took to Twitter to announce the release date of the film, which he described as a "dramedy".