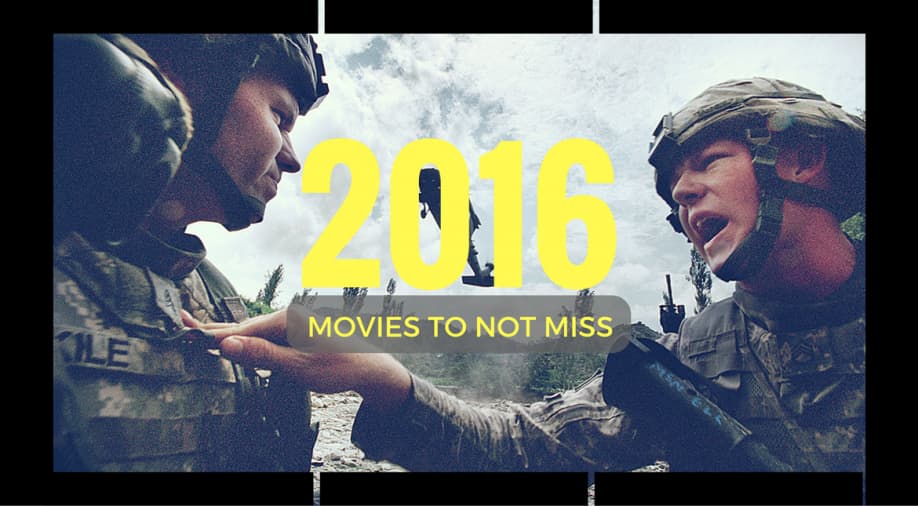 Movies to watch in 2016 Photograph: WION

This is a Sinhala epic, drama, mystery film which follows the love triangle between Kovalan, Kannagi and Madhavi. It is set in an era dated 1500 years ago when South India was divided into three kingdoms named as Chola, Pandi and Kerala.

The name of the movie translated as 'A melody of Love' is a romantic musical drama. It plot revolves around the life of a young musician couple and the complexities of their relationship.

The story revolves around the life of a man from Pakistan's Elite Special Forces whose life gets entangled with politics. He soon realizes that serving the nation is more complicated than simply following orders.

Enstranged from his attorney father, an aspiring actor poses as a lawyer and becomes a celebrity for taking on difficult cases.

The plot explores the lighter side of migration and its bleak reality. Revolving around the lives of five unemployed men in an unidentified village, the film has highlights of characteristic comic one-liners.

This is the story of a young man who loses his parents in an earthquake and travels to Kathmandu with the dream of paying his their debt. The plot revolves around the challenges that he faces in setting up a new life in the capital of Nepal.

Natha an Ziyad are happily married for five years. Their marriage is simply perfect and envied by everyone. But their marriage and love for each other are severely tested owing to a sudden change.

When three young women are implicated in a crime, a retired lawyer steps forward to help them clear their names. The story has a unique take on gender issues in India and uses 'rape' as a tool to understand the current mind-set of people.

The movie follows the untold story of India’s biggest evacuation mission from Kuwait. A story of how Indians, with the help of Ranjit Katyal, managed to survive the Iraqi invasion, and against all odds travelled a thousand kilometres across the border into Amman, Jordan.

Hema Hema: Sing Me a Song While I Wait:

The plot chronicles a sacred jungle ritual whose masked, anonymous participants seek complete self-knowledge — or descend into thievery and murder.

This is a story about Ayna, who is a failed actor in real life. The movie tracks his journey as he starts suffering from multiple personality disorder. A story about the dark side of Dhaka.

The coffin said to be carrying the body of an expatriate worker is the starting point of a controversy, when it is found that the corpse inside is of another person.

The Land of the Enlightened:

The story looks at the war-torn country of Afghanistan in its current state. Waiting for American troops to move out, young boys form wild gangs to control trade routes, sell explosives from mines left over from war, and climb rusting tanks as playgrounds—making the new rules of war.

The story revolves around a young migrant couple's attempt to leave Iran for Europe. It follows their travel from Afghanistan to Iran to Europe in search for a better life. It offers a unique take on migrant crisis in the country.