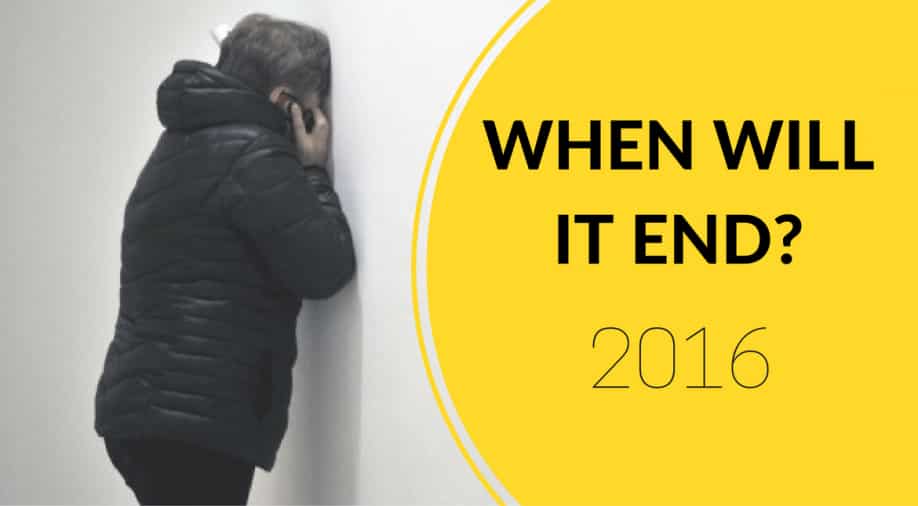 Heartbreaking photo of Syrian boy in an ambulance

A photograph of five-year-old Omran Daqneesh became the symbol of Aleppo’s suffering amid Syria’s ongoing civil war, after his image surfaced on social media. The boy looked dazed sitting in an ambulance after surviving an airstrike. The picture was circulated on social media platforms to highlight the impact that the war in Syria was having on innocent civilians.

Omran, a four-year-old Syrian boy covered in dust and blood, sits in an ambulance after being rescued from the rubble of a building (AFP)

The Zika virus took a toll on humanity after an outbreak in Brazil where hundreds of babies were born with severe brain abnormalities after expecting mothers were bitten by Zika-infected mosquitoes. The virus started spreading throughout Latin America, Europe and other parts of the world.

A woman looks at a Center for Disease Control (CDC) health advisory sign about the dangers of the Zika virus as she lines up for a security screening at Miami International Airport in Miami. (Reuters)

Donald Trump is the next US president

In an unexpected twist, Donald Trump, the Republican Party’s presidential candidate, beat Democratic Party candidate Hillary Clinton in the US elections. Trump recorded a resounding victory despite a weak showing in the three televised debates and multiple controversies around his insensitive remarks on the campaign trail. In fact, he even managed to get a sizable number of women voters to support him, in spite of a leaked old tape in which he was heard making lewd comments about women. 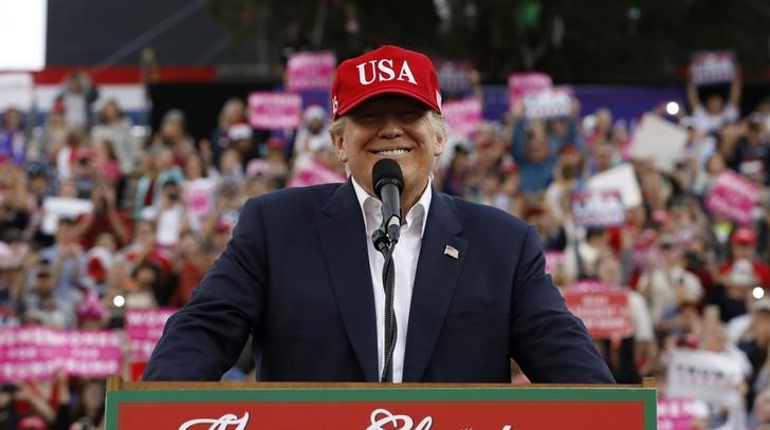 Texas upped the votes in Trump's favour with 36 out of 38 votes being cast for him.  (Reuters)

A massive leakage of documents and highly confidential information from the Panama-based firm Mossack Fonseca shocked the world. It shed light on the financial dealings of high-profile people like actors, politicians, world leaders and soccer players. It led to a huge controversy, which resulted in the ouster of Iceland’s Prime Minister Sigmundur David Gunnlaugsson a few days later.

Panama Papers are a cache of 11.5 million documents that were taken from the database of an offshore tax firm Mossack Fonseca. (Getty)

Pope Francis declared Mother Teresa a saint, honouring her for her service to people and for accepting society’s most unwanted. She was canonised at the Vatican, which was the highlight of Francis' Holy Year of Mercy.

A Swiss Guard stands in front of a tapestry depicting Mother Teresa before the mass. (Reuters)

Turkey was in the news when it thwarted a military coup and the crackdown that followed. Thousands of judges, public servants, teachers and military personnel accused of siding with the US-based Islamic teacher Fethullah Gulen have been detained thereafter.

Turkey carried out an unprecedented crackdown against members of the Peoples' Democratic Party. (AFP)

A gunman opened fire at a gay nightclub in Orlando, Florida, killing 49 people and injuring 53. It started the debate around gay rights around the world.

The Florida men repeatedly expressed support for IS and for attacks carried out in its name, including the mass shootings in San Bernardino, California, and Orlando, US. (Representative image) (Getty)

Venezuelan President Nicolas Maduro declared a state of emergency due to an economic meltdown. Reports of mismanagement and a 69% drop in the price of Venezuelan oil, which serves as the source of virtually all state income, have been the main reasons behind the government lagging in covering imports and its substantial foreign debt. 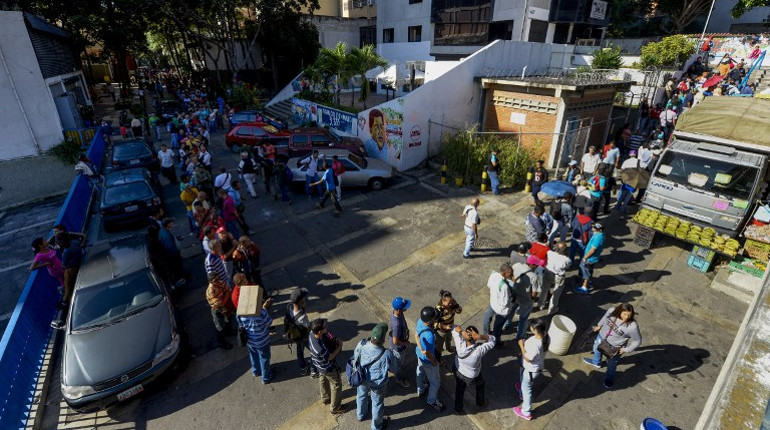 Many Venezuelans have spent several days in long queues trying to hand in or swap the old notes. (AFP)

On November 8, 2016, Indian Prime Minister Narendra Modi announced that higher denomination notes of Rs. 1000 and Rs. 500 will cease to be a legal tender from midnight. The move sent the country into a frenzy, as people rushed to banks and cash dispensers. The government has given the public time till December 31st to submit the old currency notes.

While some bank managers are helping those with undisclosed wealth, they tell other customers that they can't exchange their old cash as they have run out of new notes. (Representative image) (Reuters)

1st US President to visit Cuba in a century

US President Barack Obama travelled to Cuba as part of an official visit, becoming the first US President to visit the country since 1928. The visit came following a lengthy process of normalizing ties between the two countries. The US and Cuba have had an antagonistic relationship for decades following Cuba’s close alliance with the USSR. 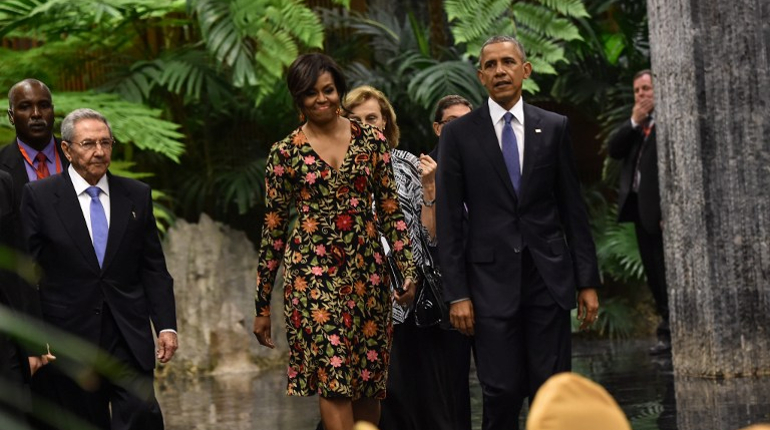 A landmark referendum changed everything for the UK, as it voted to exit the European Union. Despite opinion polls predicting otherwise, the Leave camp secured a victory with 52% of the vote. Many saw the result as ‘independence’ for the UK. The immediate aftermath of the referendum sent stock markets crashing and Prime Minister David Cameron, who had backed the Remain camp, stepping down.

Illustration picture of postal ballot papers June 1, 2016 ahead of the June 23 BREXIT referendum when voters will decide whether Britain will remain in the European Union. (Reuters)

A Bolivian plane carrying the Brazilian Chapecoense team crashed in Colombia killing 75 people and almost the entire team. The international community and soccer clubs around the world mourned the grave loss. 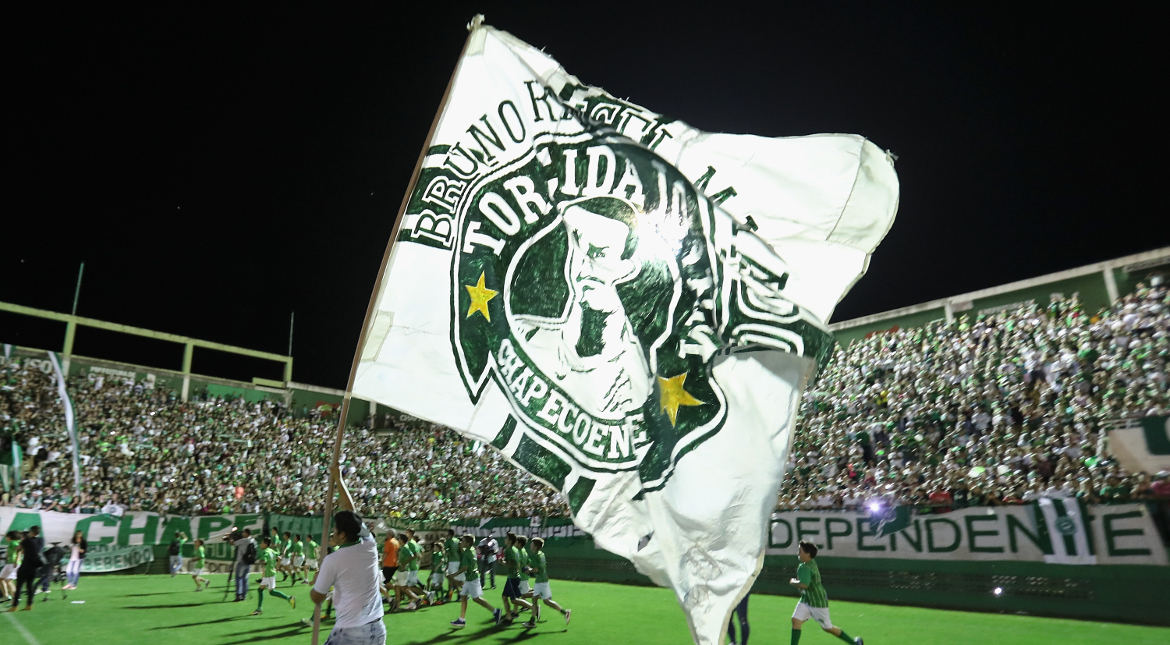