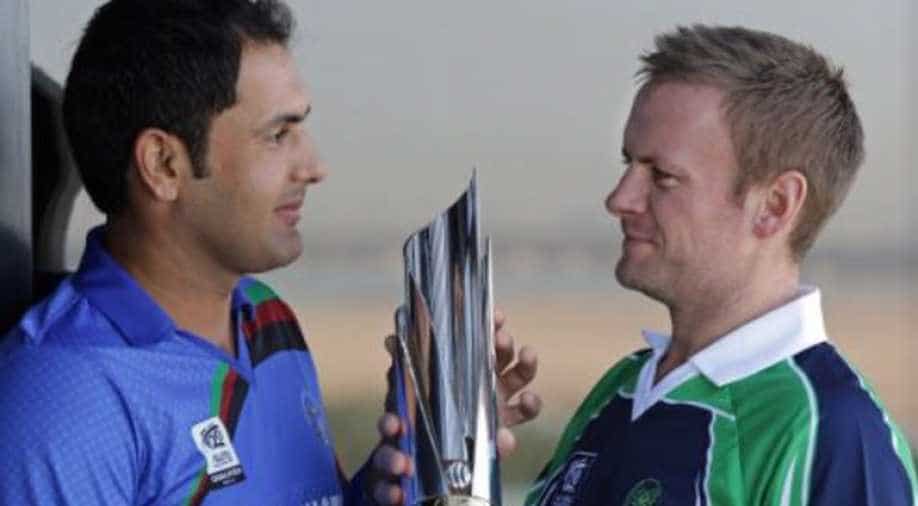 Ireland and Afghanistan will take the total number of Test nations to 12. Photograph:( Twitter )

The International Cricket Council(ICC) has voted in favour of giving Afghanistan and Ireland full Test status.

As new full members of the ICC, Ireland and Afghanistan will take the total number of Test nations to 12.

Bangladesh was inducted as a full Test member back in 2000 after the then BCCI chief late Jagmohan Dalmiya pushed other Asian nations namely Sri Lanka and Pakistan to further the Asian block within the ICC. Sri Lanka was inducted as a member in 1982, Zimbabwe joined the elite club in 1992.

Heartiest congratulations to Ireland and Afghanistan on test status. Really happy for both the countries.

Afghanistan Cricket Board Chief Executive Shafiq Stanikzai elated at being granted full Test status, said,"For a nation like Afghanistan it is a huge and remarkable achievement, the entire nation will be celebrating across all five regions and different provinces. It is the perfect Eid gift."

"Everyone has waited for this news and has been so keen to hear this news. Afghanistan cricket has gone from strength to strength and we dared to dream that this would happen and today it has become a reality," he added.

"It’s fantastic news for all involved with Irish cricket and I’d like to thank the ICC and the members for the positive outcome," said Cricket Ireland chief executive Warren Deutrom in a statement.

"Test cricket is the pinnacle of the sport and it’s what we’ve all been aiming for," he added.

Ireland captain William Porterfield added: "It’s wonderful news for all of Irish cricket, with all the players already talking about playing in a Test match for the first time.

"We’ve all played in World Cups and achieved some memorable results along the way, but to play in a Test would be a bit special."