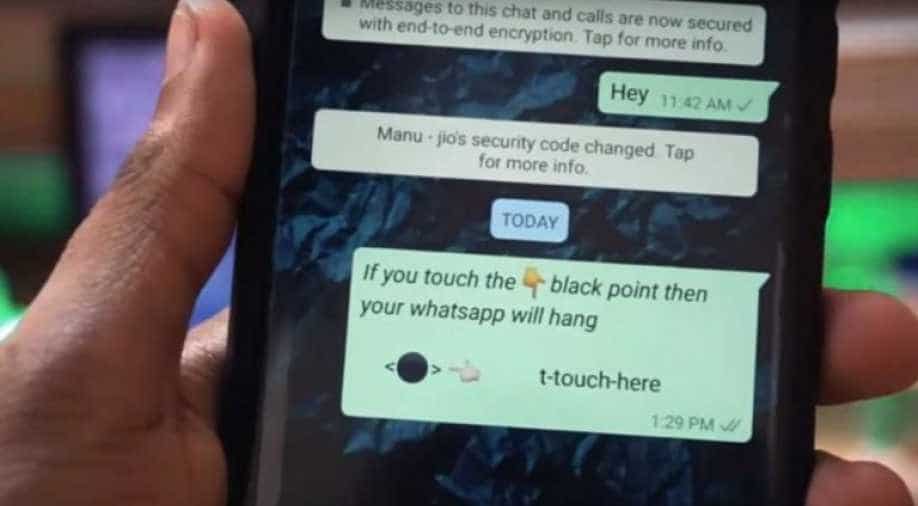 According to reports, for iPhone users, the instant messaging application crashes as soon as the message is opened. Photograph:( Others )

Reports emerged when Android device users complained of the messaging application to crash all of a sudden soon after they received a message with a black dot.

According to reports, for iPhone users, the instant messaging application crashes as soon as the message is opened.

It is now being suggested that the black dot is based on a Unicode text bug carrying thousands of hidden characters.

The application fails to operate and crashes as the device tries to read the text but fails due to limited memory and too much data hidden in the message.

Experts suggest ways to avoid the bug from harming your device. One of the ways is to avoid the message from appearing on the screen, a user can send a series of text messages to the sender of the 'Black Dot' message via voice assistance feature and make sure that the message with the bug goes way up in the chat history and therefore not displayed on the screen.

Users can also delete the conversation and try uninstalling the application.