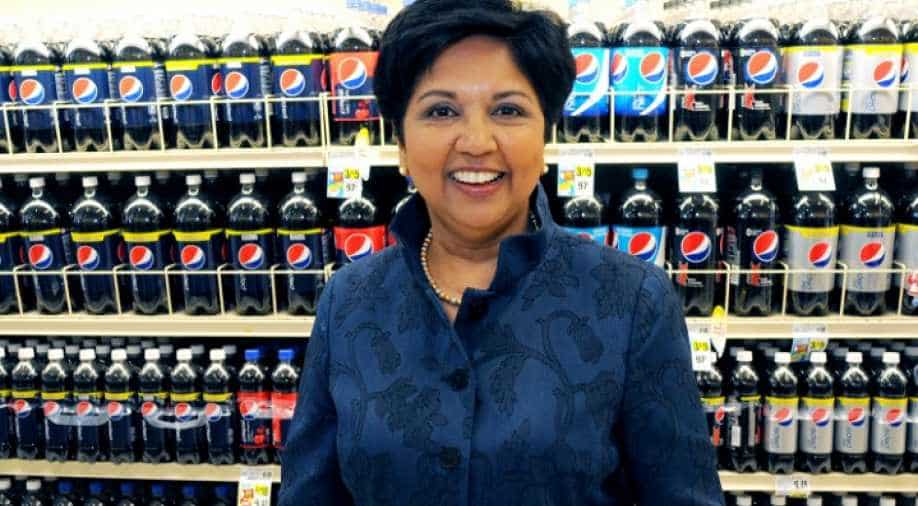 PepsiCo president Ramon Laguarta will replace Nooyi, the company said in a statement.

PepsiCo CEO Indra Nooyi will step down after 12 years at the helm, the company said on Monday.

“Leading PepsiCo has truly been the honour of my lifetime, and I’m incredibly proud of all we have done over the past 12 years to advance the interests not only of shareholders, but all our stakeholders in the communities we serve,” Nooyi said in a statement.

The India-born high profile executive became CEO in 2006. She drove the company's global strategy as PepsiCo's revenue grew exponentially during her term.

PepsiCo president Ramon Laguarta will replace Nooyi, the company said in a statement.

Reports said the changeover will happen in October.

"Growing up in India, I never imagined I'd have the opportunity to lead such an extraordinary company. Guided by our philosophy of performance with Purpose - delivering sustained performance while making more nutritious products, limiting our environmental footprint and lifting up all the communities we serve - we've made a more meaningful impact in people's lives than I ever dreamed possible. PepsiCo today is in a strong position for continued growth with its brightest days still ahead," Nooyi said.

On the future CEO, Nooyi said: "Ramon Laguarta is exactly the right person to build on our success. He is a terrific executive with a long and proven track record of growing businesses. He has a deep understanding of the changing preferences of consumers and other critical trends unfolding around the world, and he has demonstrated that he knows how to navigate them successfully. Ramon has been a critical partner in running the company, and I'm confident he will take PepsiCo to new and greater heights in the years to come."

Laguarta who has been with the company for the past 22 years will become the sixth CEO of the 53-year old company.

Nooyi was fighting hard to popularise the drink against stiff competition from Coke even as consumer preference seemed to be shifting towards healthier drinks.

Demand for its zero sugar Pepsi and diet Pepsi were "flying off the shelves," Nooyi said.

"Every part of our business in North American Beverages is showing sequential improvement," Nooyi said. "As we go into the third quarter, we feel good about the trend rate."