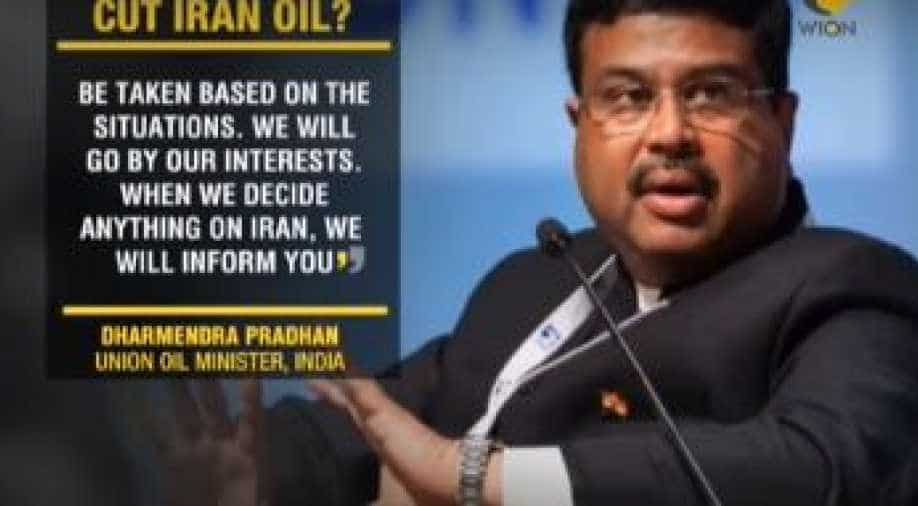 Oil prices held steady on Friday after shedding earlier gains, as market jitters kicked in over the prospect of geopolitical risks from possible new US&nbspsanctions against Iran.

Brent crude oil futures were at $73.59 per barrel, down 3 cents, or 0.04 percent, from their last close after touching a intraday high of $73.80 per barrel in early morning trading.

Technical analysis from Reuters' Wang Tao showed the market may retest a price support level at $72.39 per barrel after peaking around a resistance at $75.45.

Iran's foreign minister said on Thursday US&nbspdemands to change its 2015 nuclear agreement with world powers were unacceptable, as a deadline set by President Donald Trump for Europeans to "fix" the deal loomed.

"Current prices reflect a premium for Iran uncertainties. Investors are worried about supplies after Iran took a tough stance in its response to the United States," Wang Xiao, Head of Crude Research with Guotai Junan Futures said, adding prices may fall if expectations for new sanctions ease.

European powers still want to hand Trump a plan to save the Iran nuclear deal next week. But they have also started work on protecting EU-Iranian business ties if the US&nbsppresident makes good on a threat to withdraw, six sources told Reuters.

Markets will remain skittish as the May 12 deadline to rectify the deal approaches, ANZ Research said in note.

Iran resumed its role as a major oil exporter in January 2016 when international sanctions against Tehran were lifted in return for curbs on Iran's nuclear program.

West Texas Intermediate crude for delivery in Midland slid for a fourth day on Thursday to hit its lowest in more than three-and-a-half years. WTI at Midland WTC-WTM traded as much as $14 a barrel below benchmark futures.

Surging production in the Permian basin has continued to outpace pipeline capacity, while local refining issues have exacerbated oversupply in the region, dealers told Reuters.