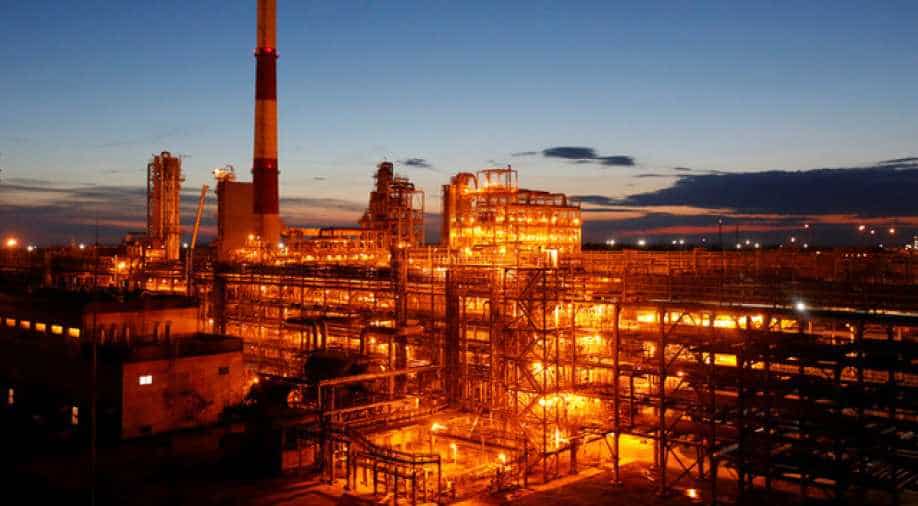 A general view shows the Taneco refinery complex, which is part of Russia's oil producer Tatneft group of companies, in Nizhnekamsk, in the Republic of Tatarstan, Russia Photograph:( Reuters )

Oil prices edged lower on Friday after strong gains the previous day, easing on persistent supply concerns as Russia increased production in July and Saudi Arabia cut the price of crude for its Asian customers.

US&nbspWest Texas Intermediate (WTI) crude was off by 2 cents at $68.94, after gaining nearly 2 per cent in the previous session.

WTI is heading for a roughly flat week after four weekly falls, while Brent is on track to post a fourth week of declines in five, heading for a drop of 1.4 per cent.

Russian oil output rose by 150,000 barrels per day in July from a month earlier, surpassing the amount Moscow had said ti would add following a meeting of global oil producers in Vienna in June, energy ministry data showed on Thursday.

Saudi Arabia, Russia, Kuwait and the United Arab Emirates have increased production to help to compensate for an anticipated shortfall in Iranian crude supplies once planned US&nbspsanctions take effect later this year.

The Organization of the Petroleum Exporting Countries and partners including Russia had earlier cut output to rebalance supply and demand.

Saudi Aramco cut its September price for its Arab Light grade for Asian customers by $0.70 a barrel versus August to a premium of $1.20 a barrel to the Oman/Dubai average, it said on Thursday.

Oil prices tanked earlier this week when the US&nbspgovernment reported that US&nbspinventories rose 3.8 million barrels in the prior week, against expectations, but rose on Thursday on expectations the stockpile would soon decline again.