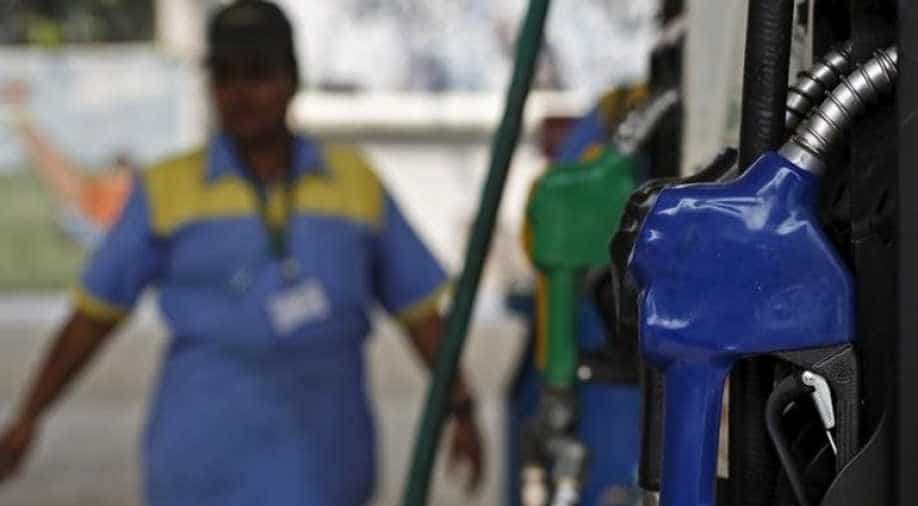 Credit rating agency Moody's Investors Service today said there are risks of India breaching the 3.3 per cent fiscal deficit target for the current financial year as higher oil prices will add to short-term fiscal pressures.
According to the US-based agency, the current account deficit (CAD), which is the difference between inflow and outflow of foreign currency, will widen but will not jeopardise India's external position and the gap will remain significantly narrower than five years ago.

"Higher oil prices add to short-term fiscal pressures, following cuts in the goods and services tax on some items and relatively high increases in minimum support prices for some crops. We see risks that the deficit will be wider than budgeted," Moody's said.

Also driven by higher oil prices and robust non-oil import demand, Moody's expects the current account deficit to widen to 2.5 per cent of GDP in the fiscal year ending March 2019, from 1.5 per cent in fiscal 2018.

Moody's Vice President and Senior Analyst Joy Rankothge said, higher oil prices and interest rates will put pressure on the government's budget and the current account. However, growth prospects remain in line with the economy's potential, around 7.5 per cent this year and next.

Moody's said oil prices at current levels will raise expenditures and add to existing pressures on the fiscal position stemming from the lowering of goods and services tax (GST) rates on a range of consumer goods and a tax cut for small businesses as well as the relatively high minimum support prices set for this year.

Although the deregulation of both diesel and gasoline prices has reduced the fiscal impact of rising oil prices, liquefied petroleum gas (LPG) and kerosene remain regulated and subject to subsidies, which were budgeted at 0.5 per cent of government expenditures for the year ending March 2019.

"While the government may cut back on capital expenditures to limit fiscal slippage, as has happened in previous years, such cuts may not fully offset the revenue losses and higher spending on energy subsidies and price support for crops. Moody's, therefore, sees risks that the central government deficit will be wider than targeted in the short term," it said.

Brent crude futures is currently hovering around $76.51 a barrel.

However, a temporary fiscal slippage, if any, will not offset India's robust nominal GDP growth and large domestic financing base which helps keep the government's debt burden broadly stable, Moody's added.

Moody's had last year upped India's sovereign rating for the first time in over 13 years to 'Baa2' with a stable outlook, saying that growth prospects have improved with continued economic and institutional reforms.
CAD jumped to $48.7 billion in 2017-18 fiscal. This was higher than $14.4 billion CAD in 2016-17 fiscal.