RBI data suggests Indians may have gone back to hoarding cash 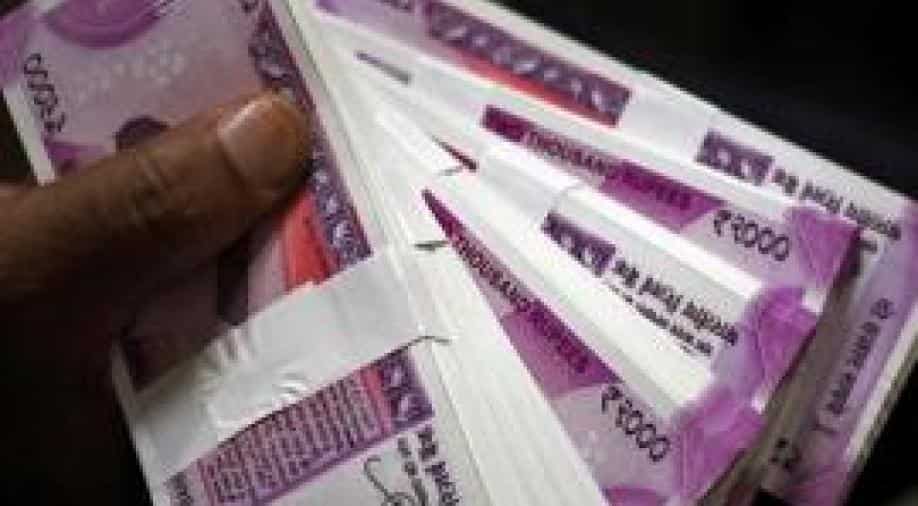 Currency withdrawals in the January-March quarter stood at 1.4 trillion rupees, about 27 percent more than in the same quarter of 2016

Having speeded up printing presses to refill banks' empty ATMs in some parts of the country, the Reserve Bank of India released data on Wednesday showing that people were still hoarding cash as withdrawals outpaced spending.

Typically, economists say, cash withdrawn from banks takes a few months to re-enter circulation as people spend. Because of these lags, the weekly reserve money figures don't tell exactly how much people have hoarded, but the data does give a strong sense of the trend.

The incremental increase in currency in circulation, a component of the data, shows how much people are withdrawing every week and the amount of new money the RBI is supplying to banks.

During the week to April 20, they took 163.4 billion rupees ($2.44 billion) out of the banks, bringing the total for the first three weeks of the month to 595.2 billion rupees, the RBI data showed. In the previous three weeks, withdrawals totalled 164.7 billion rupees.

Currency withdrawals in the January-March quarter stood at 1.4 trillion rupees, about 27 per cent more than in the same quarter of 2016.

Overall, the currency in circulation stood at 18.9 trillion rupees as of April 20, 18.9 per cent up since the beginning of last October when withdrawals began to gather pace.

Neither the central bank nor commercial bankers appear to have a clear idea about this sudden pick up in withdrawals.

The RBI did not elaborate on Wednesday's reserve money data but in a circular last week it had said the shortage could be due to a delay in getting cash to the ATMs and that it has ramped up note printing.

But there is concern that Modi's audacious decision to take high-value banknotes out of circulation in late 2016 may be suffering a blowback, as Indians revert to old habits of keeping cash out of the banks, and out of sight of the taxman.

Rupa Rege Nitsure, a group chief economist at L&T Finance Holdings, suspected the spike in withdrawals could be a belated reaction after the government's so-called "demonetisation" move.

"Post demonetisation, there is a fear among people over the availability of cash and there could be a tendency of small businesses withdrawing money and hoarding cash given that bank credit is not easily available to them," she said.

The government had wanted to push people toward making more transactions electronically, rather than rely on cash.

But the recent shortages of the new 2000 rupee bank notes has left analysts wondering if mattresses are being re-stuffed.

Analysts reckon a number of factors are behind the hoarding, including concerns over the health of Indian banks, avoidance of a new goods and services tax, preparations for campaign spending ahead of an election in the southern state Karnataka, and farmers withdrawing money during the harvest season of January to March.

Some analysts also say that, as economic growth managed to outpace the recovery in money supply after the 'demonetisation', there was always going to be a squeeze on demand for cash.

Afterall, it took until March for currency in circulation to rise above 17.98 trillion rupees level posted before the 2016 demonetisation.

"The currency supply by RBI has not kept pace with the growth in the economy and that is the reason the demand for cash has increased," said State Bank of India's chief economist Soumya Kanti Ghosh.

According to a note from SBI issued on April 18 the RBI still had to print an additional 700 billion rupees ($10.54 billion) to bridge the gap between demand and supply.

Neeraj Vyas, SBI's chief operating officer, told Reuters, that the downtime for ATMs out of money had reduced, but the situation should return to normal in "maybe another 5-7 days".