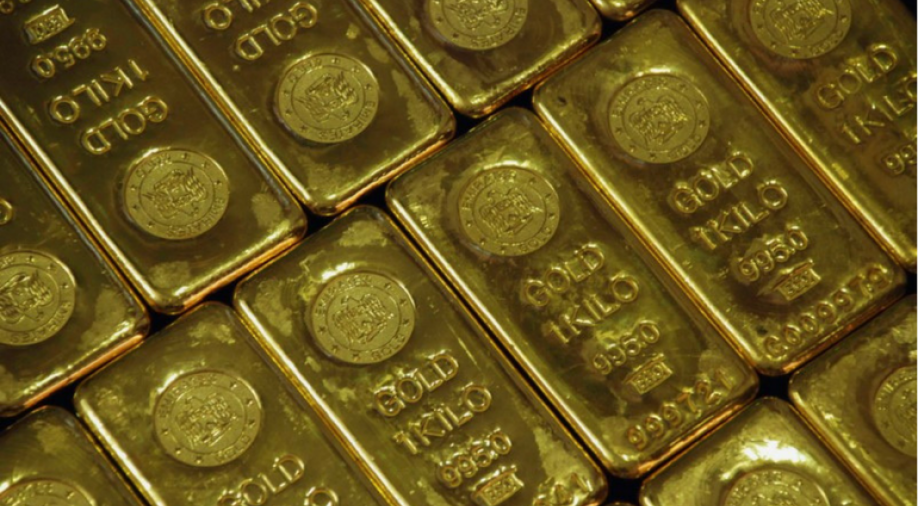 Gold prices rose on Thursday, recovering from the previous session's fall, as the US&nbspdollar edged lower against the Japanese yen.

US&nbspgold futures were nearly unchanged at $1,227.30 an ounce.

"I think people are just watching the dollar. The dollar-yen is down and gold is up," said Yuichi Ikemizu, Tokyo branch manager, ICBC Standard Bank said, adding that the latest headlines on the trade war front between the United States and China had likely induced some buying.

The dollar was down 0.1 per cent at 111.62 yen early Thursday. The greenback was, however, supported against major peers after the Federal Reserve kept interest rates steady and gave an upbeat assessment of the world's biggest economy, keeping it on course to increase borrowing costs in September.

"The FOMC (Federal Open Market Committee) didn't bring anything much and it's earnings season, so I don't expect gold to move out of a range," Ikemizu said.

Asian stocks fell with sentiment fragile after the latest escalation in Sino-US&nbsptrade war, while global bond markets were rattled by Washington's increased borrowing and Japan's new tolerance for higher yields.

US&nbspPresident Donald Trump sought to ratchet up pressure on China for trade concessions by proposing a higher 25 per cent tariff on $200 billion worth of Chinese imports, his administration said on Wednesday.

Elsewhere, the Bank of England looks set to raise interest rates on Thursday to their highest level since the financial crisis almost a decade ago, defying warnings that it is taking a gamble ahead of Brexit, the terms of which remain unclear.