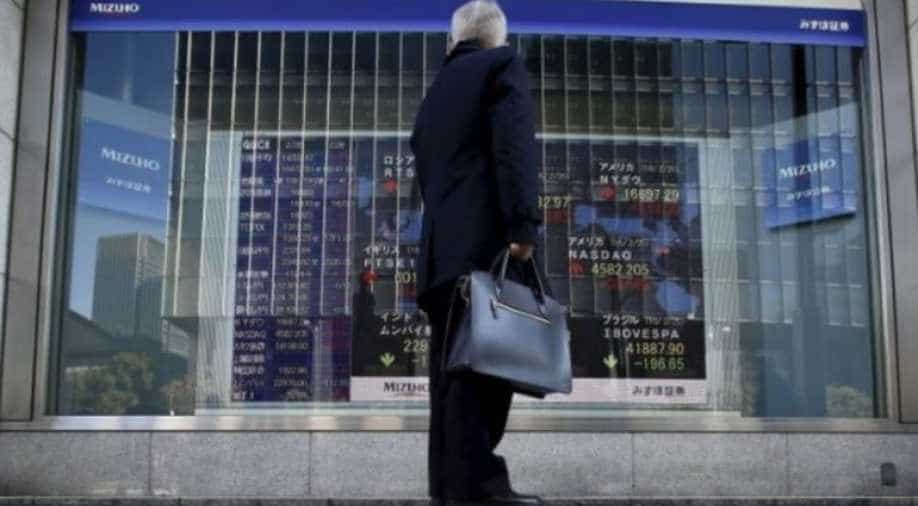 Asian stocks dropped on Thursday as the latest escalation in the Sino-US&nbsptrade war hit Chinese shares, while global bond markets were rattled by increased borrowing by Washington and Japan's new tolerance for higher yields.

MSCI's broadest index of Asia-Pacific shares outside Japan dropped 0.8 per cent, dragged down by a 1.2 per cent fall in Chinese H-shares. Japan's Nikkei declined 0.4 per cent.

The US&nbspadministration on Wednesday increased pressure on China for trade concessions by proposing a higher 25 per cent tariff on $200 billion worth of Chinese imports.

"If it had not been for the sideswipe on trade, markets would have been in much better shape this week. Apple's earnings were super, helping to quell concerns about high-tech companies," said Hirokazu Kabeya, chief global strategist at Daiwa Securities.

"The BOJ's policy tweaks weren't much of a tightening, and did little damage," he added.

MSCI's gauge of stocks across the globe is down 0.45 per cent so far this week, reversing gains from the previous four weeks, with Chinese shares accounting for the bulk of that.

On Wall Street, the S&P 500 lost 0.10 per cent on Wednesday, but the Nasdaq Composite added 0.46 per cent to extend its recovery from Monday's three-week low.

While industrial stocks fell 1.3 per cent on trade worries, technology shares were boosted by strong earnings from Apple.

The world's largest company by market capitalisation rose 5.9 per cent, boosting its value to close to $1 trillion.

The Federal Reserve kept interest rates unchanged on Wednesday, as expected, characterising the US&nbspeconomy as strong and staying on track to increase borrowing costs in September and likely again in December.

While that surprised nobody, US bond yields rose, with the benchmark 10-year yields breaking above 3 per cent to 2-1/2-month highs, after the US&nbspTreasury said it would boost borrowing in the bond market in the coming quarter.

Global bond markets were also rattled by sharp rises in Japanese bond yields since the Bank of Japan loosened its grip on long-term yields on Tuesday.

In the foreign exchange market, major currencies were little moved.

The British pound was steady at $1.3119 ahead of an expected rate hike by the Bank of England later in the day.

Oil prices climbed a tad after two days of heavy losses on a surprise increase in US&nbspcrude stockpiles.

US&nbspWest Texas Intermediate (WTI) crude futures edged up 0.4 per cent to $67.96 a barrel after Wednesday's 1.6 per cent fall.